TORONTO -The Royal Conservatory teams up with Luminato, Toronto Festival of Arts and Creativity, for a very special and unique artistic experience on June 9, 2012. Celebrating the 125th 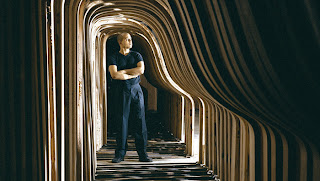 anniversary of The Conservatory, alumnus Stewart Goodyear performs an extraordinary musical and physical feat by playing all 32 Piano Sonatas by Ludwig van Beethoven, in the order that they were composed, all in one day!

Mr. Goodyear’s style has strength and drama, elegant and exquisite technique, and great emotional depth. It will all be put to the test with the 32 sonatas, comprising 103 individual movements, and totaling more than 10 hours of music! A Toronto native now living in New York, Mr. Goodyear first became fascinated with the sonatas at age five and, as a teenager studying at the Curtis Institute, was instructed to learn one sonata per week until, at school year’s end, he had learned all 32. Beethoven’s piano sonatas are the pinnacle of the piano repertoire: mystical and poetic, haunting, romantic, freewheeling, emotional, playful, lyrical, and sparkling with energy, and Stewart Goodyear likens them to Beethoven’s private diary, recognizing them as his most personal works, spanning his entire career. 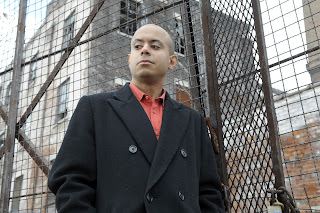 Enhancing the recital on June 9, Luminato has commissioned internationally acclaimed Indonesian performance artist Melati Suryodarmo to create an on-stage performance piece that will extend the full length of Stewart Goodyear’s marathon. Suryodarmo’s three performance sequences will provide subtle, almost motionless visual enrichment to heighten the listening process. Her performance pieces are based on research into Beethoven’s life and examination of the psychological aspects of his composition of the sonatas. She and Goodyear have worked tirelessly to forge this unique, new link between music performance and performance art.

Stewart Goodyear has a long-standing connection with The Royal Conservatory. His talent was recognized early by James Anagnoson, the current Dean of The Glenn Gould School, who recommended that he study with piano legend Leon Fleisher. After Mr. Goodyear graduated from The Conservatory, he went on to the prestigious Julliard School in New York and the Curtis Institute of Music in Philadelphia. He has performed with many of the major orchestras of the world, including the Philadelphia Orchestra, the New York Philharmonic, the Chicago Symphony, the San Francisco Symphony, the Los Angeles Philharmonic, the Academy of St-Martin-in-the-Fields, and the Mostly Mozart Festival Orchestra, among others. His repertoire ranges from Bach to Messiaen, Beethoven, Chopin, Liszt, and Gershwin. Known as an improviser and a composer, he has been commissioned by orchestras and chamber music organizations, and often performs his own works. In 2010, Mr. Goodyear performed a sold out recital of Beethoven Sonatas in Koerner Hall. His recording of 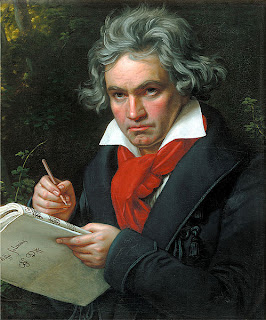 Before the third portion of Stewart Goodyear’s marathon performance, esteemed neuroscientist and neurologist Dr. Antonio Damasio presents an enlightening discussion about music and the brain. Dr. Damasio is University Professor and David Dornsife Professor of Neuroscience and Director of the Brain and Creativity Institute at the University of Southern California in Los Angeles.

On June 15, at the Luminato Lounge in David Pecaut Square, Stewart Goodyear will participate in a Lunchtime Illumination in which he will discuss the stamina required to play all of the 32 of Beethoven’s piano sonatas in one day, a momentous artistic feat.

A rising star of Germany’s art scene, Jorinde Voigt, has created a new series of drawings, titled Views on Beethoven, in response to Mr. Goodyear’s performance. Together, the 32 works – one for each sonata – brilliantly complement Mr. Goodyear’s performances with their distinct visual exploration of the emotive power of Beethoven’s music. The works will be on display June 8-17, at a location to be announced at a later date.

Presented in partnership with Luminato.

Tickets start at $30 per part (including HST and service charges)
Ticket purchasers may purchase tickets to one, two, or all three parts.
15% discount on two parts, 25% discount on all three parts
Tickets will be available online at www.rcmusic.ca, by calling 416.408.0208, or in person at the Weston Family Box Office