Toronto: Contribute to Concerto for Composer and City

A Toronto Symphony: Concerto for Composer and City officially invites Torontonians to share their sounds of the city

Public contributions, which can include everything from streetcar sounds to steel drums to soulful melodies, will be accepted via YouTube, Facebook and SoundCloud, as well as by using special composing tools created by Machover's MIT team. (Details at the link)

About Tod Machover:
Tod Machover is recognized as one of the world's most imaginative and influential composers, and is also known for his music technology inventions, from a "hypercello" for Yo-Yo Ma to the innovations 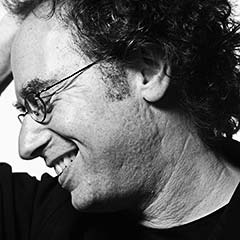 behind Guitar Hero. In addition to composing boundary-breaking works for instruments and electronics, Machover seeks ways to actively involve the public in music-making, through projects like his interactive Brain Opera or the Hyperscore composing software system. He is also celebrated for his innovative operas, including the "robotic" Death and the Powers, which was a Finalist for the 2012 Pulitzer Prize.

About the TSO:
Founded in 1922, the Toronto Symphony Orchestra is one of Canada’s major cultural institutions and is internationally recognized as a leading orchestra. Under the leadership of Music Director Peter Oundjian, the TSO is committed to innovative programming and showcases a roster of distinguished guest artists and conductors. In addition to performances, the TSO serves the community with one of the largest music education outreach programmes in Canada, connecting students throughout Ontario with acclaimed curriculum-based programming.