CHARLIE: A Hockey Story
July 5-15 at the Toronto Fringe Festival

"If you're too tired to skate, I always say, then you can still crawl.
And crawling back is better than not coming back at all."~Charlie Sands

Hockey meets Shakespeare for a rock 'em, sock 'em theatrical experience! Jim Sands solo show CHARLIE: A Hockey Story is coming to the Toronto Fringe this summer. Using music and storytelling, Jim weaves a tale about his love of Shakespeare, his father's love of hockey, and the important lesson in forgiveness he learned while exploring the hockey career of an uncle he never 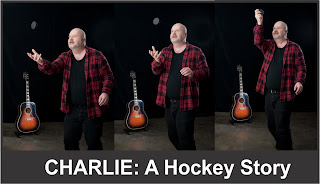 met - Charlie Sands, a smooth skating right-winger who played in the NHL during the '30s and '40s.

Over twelve NHL seasons from 1933-43, Charlie Sands played at Right Wing and Centre for the Leafs, Bruins and Canadiens. Along the way Charlie met many of hockey's greatest legends including Foster Hewitt, King Clancy, Eddie Shore and Ace Bailey. He was involved in one of the longest hockey games ever played and one of the most violent incidents in all of hockey.

"Although there is a lot written about hockey, we rarely get a chance to hear about the players who devoted their lives to the game, but didn't become superstars. I wanted to tell this story to honour my uncle as well as the other great players who we see in photographs alongside the big names," Jim Sands says.

Over ten years ago, Jim started investigating the hockey career of his uncle, collecting hundreds of newspaper clippings, articles and books about hockey during years his uncle played. Jim used 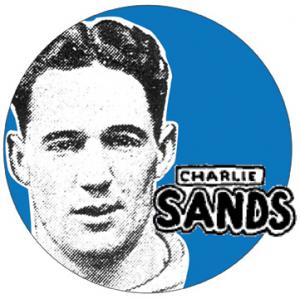 the material as the basis for this solo show, which debuted at the Vancouver International Fringe Festival in 2011.

The play, which includes original songs, stories and characters, focuses on the early years of Charlie's career, when he played for the Toronto Maple Leafs during two tumultuous seasons. "It’s the only place in the universe where you'll see the Maple Leafs in the playoffs," Sands says. "It's also a play that explores my own passions for literature and the arts and how they relate to my uncle's story."

Jim Sands is an East Vancouver based storyteller, actor, songwriter, musician and occasional clown who has performed both as a solo artist and with a variety of musical groups. He has appeared as an actor and storyteller in plays and events such as the Downtown Eastside Romeo and Juliet, the Alice in Wonderland Festival, Heart of a City Festival, We Are the People!, and Vancouver International Fringe Festival. 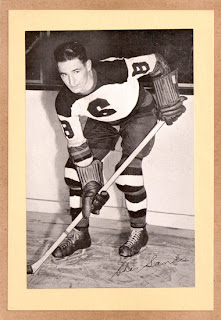