POMME COMES TO THE FRINGE: GET A LIKKLE TASTE
pomme is french for apple
July 6-14, 2012 at the Toronto Fringe Festival

Toronto.  - pomme is french for apple, a new play written, produced and performed by Liza Paul and Bahia Watson, explores the lives of modern women and their most intimate, embarrassing and empowering moments. Following a sold-out series at Cinecycle last year and after closing to a standing-room-only crowd at the Tranzac in early 2012, pomme is french for apple returns to the stage at Theatre Passe Muraille as part of the Toronto Fringe Festival July 6-14, 2012. 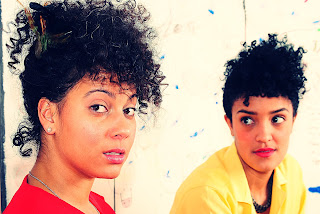 Distinctly West Indian, pomme is composed of outrageous vignettes about dating, sex, and society. Pum (patois for a woman's private parts – sounds like...) gets speaking roles, too. Liza Paul (anitafrika! dub theatre, b current, Soulpepper Theatre Company) and Bahia Watson (anitafrika! dub theatre, Soulpepper Theatre Company, Nightwood Theatre) create a series of charmingly outlandish characters in settings as diverse as the islands, downtown Toronto, southeast London, and the too-tight crotch of the pants. pomme is french for apple is a fresh, funny and irreverent look at womanhood in all its glory: its perils, its pleasures and all kinda madness in between. 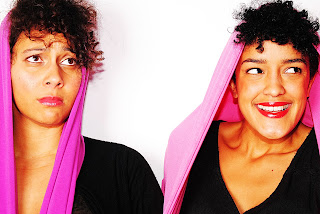