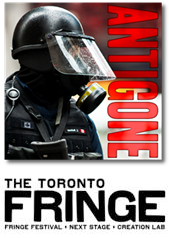 “… And the cities will stir in hatred …”

TORONTO - Soup Can Theatre is proud to announce its next production: a visceral and physical adaptation of Sophocles’ legendary tragedy Antigone that ties ancient Greece and modern-day Toronto together by drawing inspiration from the searing images of the 2010 G20 Summit protests, as well as the worldwide ‘Occupy’ movement.

Sophocles’ timeless story centres on Antigone, a young Theban woman determined to bury and honour her two brothers, both slain fighting on opposite sides of a senseless war. This act, in violation of an edict put forth by Creon, the iron-willed King of Thebes, forces her to both confront and defy his authority in the name of principle – a brave and noble choice with costly consequences. 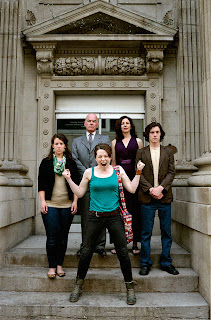 Utilizing the play’s original text as the foundation for his vision, director Scott Dermody – in collaboration with his top-notch ensemble cast – has infused the production with elements of contact improv and physical theatre that reference iconic and incendiary visuals taken straight from the front pages. By revealing parallels between Antigone and today’s politically divisive climate, Dermody aims to examine themes of social justice, humanity’s historic penchant for bilateral conflict, and the long-standing tradition of using rebellion as a tool for change.

Antigone marks Soup Can Theatre’s return to the Toronto Fringe after their cabaret spectacle Love is a Poverty You Can Sell took the 2010 festival by storm, garnering four and five star reviews, and being selected to participate in the coveted ‘Best of Fringe‘ performance series. Antigone also follows in the footsteps of Soup Can Theatre’s stirring and critically acclaimed 2011 production of Marat/Sade (nominated for three ‘My Theatre’ Awards and one ‘Broadway World’ Award) which too fused past and present, in keeping with their mandate to “reinterpret classic theatre for a twenty-first century audience.” 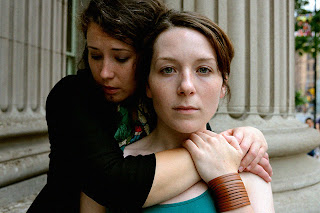 Tickets are $10 and available at www.FringeToronto.com 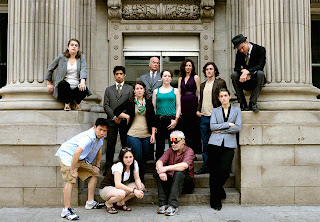 About Soup Can Theatre:
Soup Can Theatre is a vibrant Toronto-based theatre company dedicated to the reinterpretation of classic theatre for a twenty-first century audience. Our aim is to use existing works as a means to explore and comment on contemporary issues and societal challenges, and in so doing, to offer our audiences a theatrical experience that is both entertaining and enriching.
fringe theatre festival greek tragedy sophocles toronto fringe festival 2012 toronto theatre scene