Toronto - Toronto actor/producer Tracey Erin Smith who last performed at The Toronto Fringe in 2007, returns to the 2012 festival with two new theatre works: her site-specific one-woman show snug harbor, presented by Burning Bush Productions and SOULO, directed by Smith for The 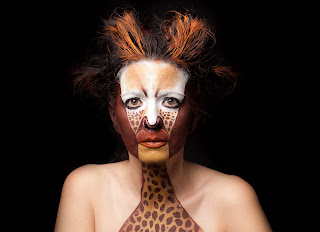 Site Specific snug harbor July 4-15 at The Centre
Burning Bush Productions presents snug harbor, a one-woman show written and performed by Tracey Erin Smith and directed by Anita La Selva, who directed Smith previously in her award-winning shows The Burning Bush and Two in the Bush.

Tracey and her Dad did everything together and couldn't have been closer.  They camped together, partied together, volunteered together - and ate chocolate pudding. Then one day he performed the ultimate unspeakable "magic trick" and disappeared. Forever.

One of The Fringe's site-specific shows, snug harbor takes place at The Centre, a building used for psychotherapy and the training of psychotherapists.  The show is presented as if the audience are members of a "Survivors of Suicide Support Group" and in this meeting of the group, we hear Tracey's story of losing her father and how she re-found hope to carry on.

Recently CBC Radio's The Current produced a documentary about Smith and the effect of her father's suicide. snug harbor was also selected to have its world premiere at the Solo Performance Festival in Santa Fe, New Mexico in September of 2011 where it met with peels of laughter, tears and a standing ovation. Audiences raved: "her evocative performance is filled with compassion, irreverence, side-splitting humor and poignant insight.  A truly intimate invitation and 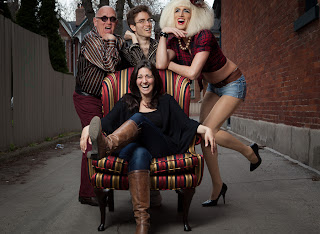 presentation," said Michelle Baker Vest; "a stunning show about love, coming to terms with our imperfections and our deep affection for our loved ones.  It's heartbreaking and hilarious.  Moving and profound," offered Jacob Fischer.

SOULO July 6-14 at the Robert Gill Theatre
The world premiere of SOULO is presented by SoulOTheatre, Tracey Erin Smith's company that teaches actors and non-actors how to use material from their own lives to create short solo theatre pieces. A collective creation by The Soul Circus Collective, directed by Smith, SOULO is a magical soul-circus featuring three hilarious queer-identified men sharing their personal stories of love, loss and how cross-dressing saves lives.  SOULO has its own float in Toronto's upcoming Pride Parade on July 1. 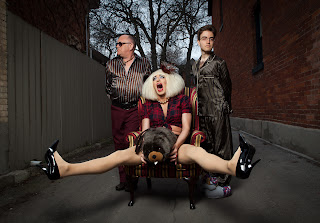 stories and one message: You are the one you've been waiting for.

A Unique Take On Modern Rock Nadjiwan: Star Nation (Heading North Music / May 28, 2021) Sample/Buy The Album At once spacey and emotional, innovative and familiar, Nadjiwan's Star Nation is musically dense and emotionally accessible.  Nadjiwan is Marc Meriläinen, Toronto-based singer/songwriter, multi-instrumentalist, and producer. He's calling the release a “space-rock opera.” Musically, it's a nice ride through a variety of grooves and moods. Just when you think you're into a steady groove, the mood switches, and the song takes a different turn. He keeps it interesting on a harmonic and melodic level, adding layers of electronics in a seamless blend of acoustic/organic and electronic sounds.  Vocals take different forms, from a growling baritone to airy harmonies, and the vocal patterns of Chippewa traditional singing. Each track has something unexpected in the mix, and as a songwriter and producer, Nadjiwan has a nice ear for layering rhythms and sounds. Ghosts We Le