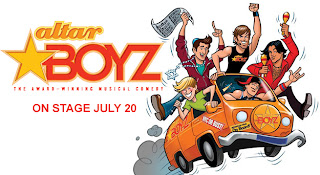 members, four Christians and a Jew, are on tour to reduce the number of burdened souls. With the combination of song, dance, and the help of the “Soul Sensor DX-12”, the Boyz work through their own demons in order to help the audience. ALTAR BOYZ plays July 20th to August 3rd, 2012 at the Lower Ossington Theatre.

“Let us bow our heads and give thanks, because shows this brisk, bright and entertaining don't come along that often in the theatrical liturgy” Richard Ouzounian, Toronto Star

“It sends you home with a smile” Charles Isherwood, The New York Times 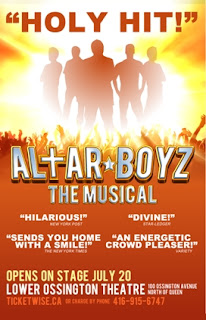 About lowerossingtontheatre.comLower Ossington Theatre (LOT): The LOT is an arts space located at 100A Ossington Avenue, just north of Queen St. Celebrating 5 years on the trendy Ossington strip, the LOT is a popular destination for both family and children’s shows, along with its own seasonal productions.