When most people think African music, they think percussion. But the beats are only the beginning, insists Uganda-born, American-based multi-instrumentalist and humanitarian Samite. On Trust (release: 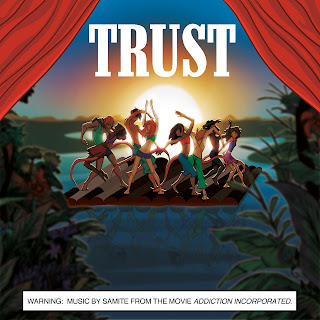 “We wanted to stay away from drums and percussion on this album,” Samite reflects, “and to get people to hear other parts of African music. We wanted to take out the drums, yet still retain the music’s power and the ability to make people dance. To make it beautiful and deep.”

To do this, he worked in close concert with a trusted group of friends and top musicians, collaborating on production. Trust takes Samite’s signature melodies and rhythmic sensibilities, and transforms them with everything from ringing guitars to velvet-voiced cello, along with Samite’s sprightly kalimba (thumb piano) and lyrical flute.

• All proceeds from Trust will go to Musicians for World Harmony, a non-profit initiative to bring healing to people displaced and traumatized by conflict via music performance and music therapy.

Samite knows the true value of trust. A multi-instrumentalist steeped in the traditional culture of his Ugandan upbringing, he was forced by a brutal war to flee his home as a young man. After years as a refugee in Kenya, Samite landed in the U.S. and began using his musical vision to pass along the gifts of his culture to American audiences, and to give back to distraught people in African conflict zones. 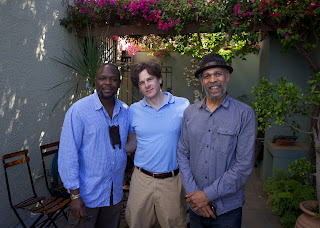 Recently, he was asked by director Charles Evans, Jr. to contribute to the documentary Addiction Incorporated. Evans was so moved by Samite’s work that he asked him to compose all the cues used in the film.

The musical vignettes designed to illustrate the film’s narrative took on a life of their own. Soon, Evans, South African guitarist and close friend Tony Cedras (Paul Simon), and Samite found themselves in the control booth of Daddy’s House Recording Studios, P Diddy’s studio in New York, urging other musicians to play the parts Samite usually performed himself. “We made most decisions between the three of us. It was the most democratic working environment ever,” Samite says.

By putting his trust in others, the veteran performer and composer found new facets to his music. “This made me discover myself in a different way. I didn’t have to play it all myself,” Samite muses. “We were behind the glass, on the other side of the screen, giving musicians ideas and direction about what to play, until we got emotional satisfaction.”

Samite’s collaborators brought a fresh perspective and sound to his deeply rooted compositions. He sang passages from traditional Ugandan songs to cellist Elizabeth Simkin, who rendered them in evocative lines on “Infatuated”. Samite brought in Grammy-winning guitarist David Cullen, whose guitar work entwines with a slow grooving pulse on “Girl Grown Up” that sounds like reggae but is pure Baganda (Uganda’s largest ethnic group) Bakisimba rhythm. “The musicians would play what we’d written, our rough key ideas, then they’d go where they wanted with our guidance,” Samite explains.

Samite and Cedras strove to capture the call-and-response structure of East African music (the kalimba/guitar conversation on “Trust”), and to keep the songs dynamic by encouraging musicians like Cameroonian bassist Fred Doumbe to make full use of the space usually taken up by drums. They found themselves in a fruitful call-and-response relationship. While Cedras took Samite’s encouragement to explore more East African sounds, his powerful South African vibe shines through, especially in his nimble work on the accordion.

The trio of producers discovered unexpected moments in their work together. Evans was filming the recording session and caught Cedras playing the title track on guitar. On film, only Cedras’ rippling playing was audible (as he laid down a track with headphones), and the friends were struck by its spare beauty. The serendipitous discovery became “Trust Unplugged.”

The gentle and thoughtful feel that pervades Trust is in perfect harmony with its ultimate goal: to support Samite’s humanitarian efforts in East Africa through his organization, Musicians for World Harmony. Samite regularly returns to communities in Uganda and Congo with other musicians and musical professionals to work with local musicians, children, and other displaced people. The goal is to bring relief from trauma via music.

Though music has long been instrumental in local healing traditions, communities are facing terrible new difficulties—recovering child soldiers, the total disruption of village life—that demand new approaches. “People are now facing things they’ve never faced in the past, like kids who have been forced to killed their own parents and relatives,” Samite relates. “Music can help these children, but how do you approach it? We are both reminding people to use their culture for therapy, and in some cases, to learn from people trained in Western music therapy.”

“On a recent trip to a huge refugee camp in Mubende, Uganda, we brought in twenty musicians with drums and dancers on a pickup truck,” Samite smiles. “People started running toward us, jumping, clapping, and dancing. At least then, for five hours, they forgot about their problems. I know what it means to sing and dance when you’ve had to face so many bad memories. It’s so important.”