NEW YORK CITY - Pianist and composer Michel Reis (pictured) and multi-reedist Aaron Kruziki met while studying at the New England Conservatory of Music in Boston and have been playing together as a duo for many years. Their first album entitled “Fairytale” was recorded in 2008 for WPR Jazz and the duo is currently working on a new recording project to be released in 2013.

Most of the compositions are written by Michel Reis, but they merely serve as a point of departure for a very elaborate musical collaboration between both musicians and allow for a lot of interaction and spontaneity. The large sound palette of this acoustic duo is in part due to Aaron Kruziki's use of several wind instruments such as the soprano saxophone, the alto saxophone, the clarinet, the flute, the duduk and his own voice.

Tristano says: “The record "idiosynkrasia" is the fruit of a quest for an idiosyncratic language that is somewhere between acoustic and electronic, a quest that spans time and space, and I want to bring the piano into the 21st century. My ambition is to provide the piano with a new identity, because it is 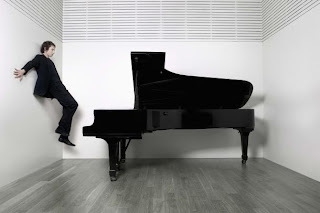 With one foot in the Classical music and the other in Electronic Music networks, Francesco Tristano found his balance by executing acrobatic splits between two antagonistic genres, which makes him one the most unique and surprising profiles of the decade.

As a Classical pianist, he attended some of the best music schools in the world, performed many critically acclaimed interpretations of Frescobaldi, Bach, Ravel or Berio and received awards in many prestigious competitions. Barely over 25, he has already played at some of the world's largest auditoriums, such as New York's Carnegie Hall, Berlin's Philharmonie or Paris' Cité de la Musique.