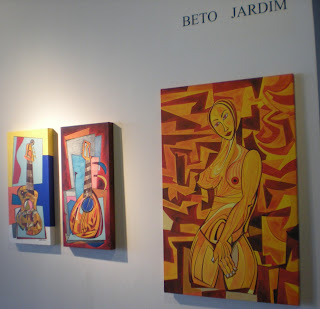 THE FINE ART - 'Many Eyes, Different Visions' - despite the title of the show, there was a kind of life force that I think you could say inhabited all of the works on display.

The intriguing installation by Solange Escoteguy Cardoso, a 'Self-Portrait' is an enigmatic structure, something like a four-cornered tent without a roof. Instead it's made of cloth and cat's cradle-like webs of string, dangling balls on strings and a fabric snake-like sculpture in the centre. It was popular with kids and was made for exploring. Born in Porto Alegre, Brazil, Solange Escosteguy Cardoso is a visual artist, painter and sculptor. She took part in the Nova Objetividade Brasileira which became a turning point movement for Brazilian Art in the sixties.

I like the the intricate politically-minded prints of Maciej Babinksi. It was the kind of thing you had to take a good while to examine to really see everything that was depicted. Draftsman, engraver and painter, Maciej Babinski lived in England between 1940 and 1947 and then in Canada before moving to Rio de Janeiro in 1953. Although his early academic background was influenced by Canadian abstract avant-garde, together with pupils of Paul Emile Borduas, upon his arrival in Brazil, Babinski moved to expressionism, mainly through his contact with Oswaldo Goeldi. 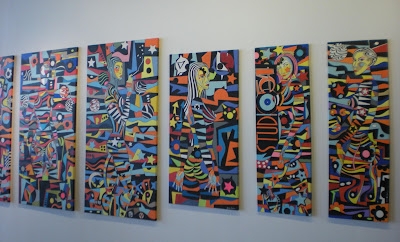 The coloured pencil drawings by Ondina Marzano were quite beautiful and lyrical in their composition, using natural subjects combined with a simplified geometric approach. Born and raised in São Paulo, Brazil, Ondina Marzano has a degree in music. She has been drawing since her childhood. 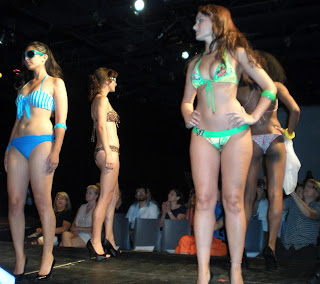 Strong colour was also a feature in the work of Beto Jardim (images above) using stylized figures in striking and kinetic compositions. Beto Jardim is a self-taught artist from Bahia, Brazil. (The images are his works.)

THE FASHION SHOW featured three designers. Opening with leggy models in Brazilian style swimwear by Etc&Tal was a no-brainer, featuring bright colours and all the style you can pack into a few triangles of fabric.

Second up was C. (Clarice) Michelon. Born in Rio Grande do Sul, in the south of Brazil, she began studies in fashion in Sao Paulo and soon after graduated in fine arts, eventually moving to Toronto to "challenge herself". Her Abstract Curves collection combines soft lines with an eye catching sense of construction and geometry in the garments. They were stylish and sophisticated without a sense of being trendy, more classic in their appeal. 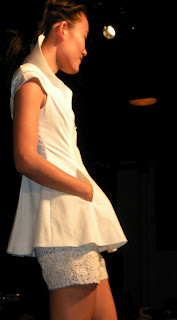 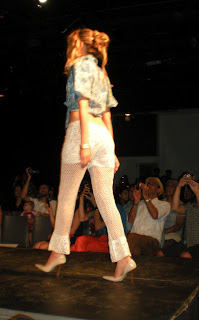 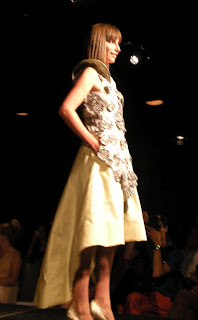 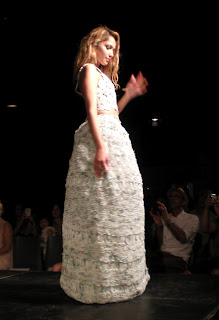 Toronto-based, Brazilian-born designer Baby Steinberg’s glamorous collection Fragments (made up of pieces from previous couture shows) proves that you can combine sexy, sophisticated and reduce, reuse, recycle seamlessly and with panache. Her designs are elaborate and beautifully detailed and often feature floral elements. They're made from repurposed fabrics and even bizarre materials like plastic bags, coffee filters and mosquito nets. One halter top was decorated with dangling keys. The look went from old Hollywood style glamour to contemporary avant-garde, many of the items knit or crocheted with scavenged fibres. She recruits a worldwide team of avid scavengers who find her materials for her and is inspired by both Brazilian culture and her volunteer work with children in the favelas of southern Brazil. 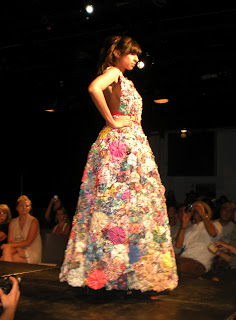 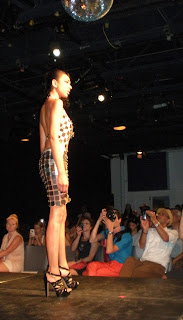 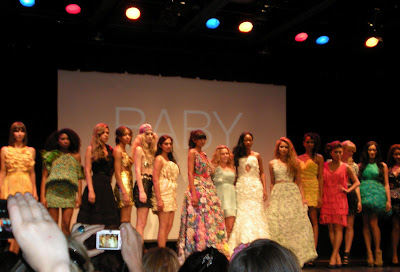