TORONTO, ON – Harbourfront Centre is pleased to announce our celebration of all things stringed, Classical IV: Strings. The three-day FREE festival (July 27-29) celebrates the far corners of classical

music with performances, activities and more for the whole family.

Stringed instruments of all kinds take centre stage at Classical IV: Strings, where even the word “classical” is something to be plucked at: What is modern classical music? Why are some folk melodies and pop tunes called classics? And who gets to call them that? Can sonorous instruments from different cultures talk to each other? What happens when you play a classical instrument but produce modern music? Or play a ‘classical’ tune on a more humble instrument? In short: So many questions, so much music. Explore the world of stringed soundscapes with virtuosi from near and far. Open your ears, drop your preconceptions and discover new and ancient music. 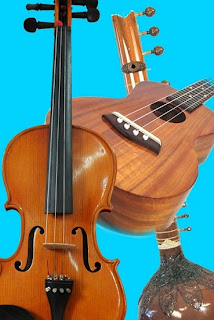 · Performances from artists including Masters of Mali featuring Sidi Touré, legendary sitarist Irshad Khan, the Lute Legends Ensemble’s blend of three Silk Road musical traditions into one new form and the Afiara String Quartet’s fresh take on the classic quartet;
· Calling all ukuleleists: The Ukulele Project invites the public to play along with Tchaikovsky’s 1812 Overture
· Witness what happens when kids go From Violence to Violins featuring Yosvani the Violinist;
· …and much more!

• Check the full listing of events here
• For additional information and complete event listings you can also call the Information Hotline at 416-973-4000.
• Harbourfront Centre is located at 235 Queens Quay West in the heart of downtown Toronto’s waterfront. 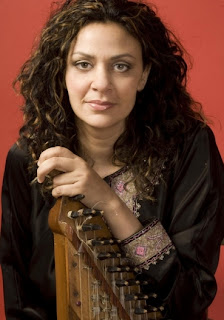 television scores and saw her album Cairo to Toronto nominated for a 2009 Juno Award in the world music category.

Masters of Mali featuring Sidi Touré
Friday, July 27 at 9:30 p.m.
Sidi Touré built his first guitar as a child, constructing it from his wooden writing slate in the ancient town of Gao, Mali. Descended from a lineage of his region’s former kings, Touré’s family disapproved of his decision to pursue music, but he persisted, becoming, in 1976, the youngest member of Gao’s regional orchestra, the Songhaï Stars – which he went on to lead. His two titles as best singer at the Biennales du Mali made him a nationally-renowned figure in his home country. Touré’s music draws inspiration from traditional music and religion, but is informed by Western blues and rock.

The Traditional Arabic Music Ensemble Featuring George Sawa and Nada El Masriya
Saturday, July 28 at 1:30 p.m.
Alexandria, Egypt-born George Sawa is founder and director of the Traditional Arabic Music Ensemble and a qanun player who has learned from the masters of the instrument. Acclaimed belly dance instructor and performer Nada El Masriya joins the ensemble.

Ethiopia: Classical Variations
Saturday, July 28 at 2:30 p.m.
An exploratory session featuring arrangements of Fantahun Shewankochew Mekonnen’s traditional Amharic songs. Mekonnen, a vocalist and master of the krar (6-stringed bowl-shaped lyre), is joined by percussionist Daniel Barnes, bassist Andargachew Mesfin and keyboardist Dawit Tesfamariam for a performance of traditional music of the Ethiopian Highlands, which is filtered through Western instruments and tunings. 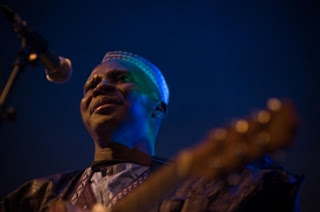 East Meets West Mash-Up Concert featuring Radha Academy of Carnatic Violin
Saturday, July 28 at 5:30 p.m.
For 600 years Canada has been a land of musical mash-ups. This exciting show combines the southern Indian traditions of the Radha Academy of Carnatic Violin with the traditional Ontario folk to create brand new musical offerings. Imagine fiddle with steel drums or bagpipes and tablas. This promises to be a magical way of connecting the old Ontario with the new. Featuring performances by Subhadra Vijaykumar, Ian Bell, Arun Ramachadran, Njacko Backo and Geoff Somers.

Minor Empire
Saturday, July 28 at 7:30 & 9 p.m.
Toronto ensemble Minor Empire has forged a style that is contemporary and traditional, adventurous yet accessible. The brainchild of guitarist/composer/producer Ozan Boz and vocalist Ozgu Ozman, the group mixes Western-accented music with trip-hop and the music of their homeland for fresh inspiration. In addition to Boz and Ozman, the band features Montreal-based musicians Ismail Hakki Fencioglu (oud) and Didem Basar (kanun) and Torontonians Debashis Sinha (of noted Indo-jazz group
Autorickshaw darbuka, bendir, and asma davul) and Sidar Demirer (saz).

Canadian Opera Company Collaboration: Hansel and Gretel
Sunday, July 29 at 1 p.m.
Join in and let your vocal chords soar as Hansel and Gretel follow the breadcrumb trail to the gingerbread house in this activity suitable for kids 4-7 years old. Led by opera singer Bronwen Low and created by the COC Education and Outreach Department, this delightful, engaging, interactive workshop uses traditional orff instruments and the original music from the opera by Englebert Humperdink, sung in English to guide the young participants as they sing their way through the story and out of the woods. 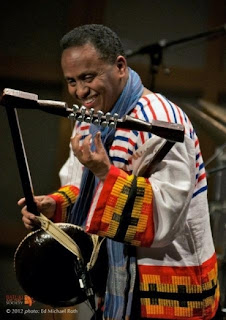 Jayme Stone: Bach on the Banjo
Sunday, July 29 at 2 p.m.
Join two-time Juno-winning banjoist Jayme Stone and his stellar ensemble for a genre-blurring musical journey that includes works by Bach as well as a Trinidadian calypso, Malian melodies and Stone's own “tiny symphonies.”

The Listening Trees
Friday, July 27 at 5 p.m., Saturday & Sunday, July 28 & 29 at 1 p.m.
Relax under the trees with a pair of headphones and listen to stories told through music, whether it’s the story of Peter and the Wolf, A Young Persons Guide to the Orchestra or even a musical interpretation of the Ramayana’s mathematical conundrum known as Narayama's Cows. There could be anything waiting inside the headphones, but there’s only one way to find out what.

Dare to Create: Strings and Things
Children’s Activities Saturday & Sunday, July 28 & 29 at 1 p.m.
Make and decorate your very own guitar and take it up to the Redpath Stage at a specially-announced 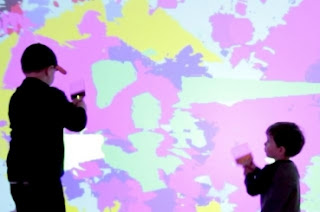 time and “play” along to a classic rock or violin track. Or create a headpiece for a harp, sitar or cello headpiece and parade around the site as your own truly original instrument.

Paint Your Own Vocal Chords
Saturday & Sunday July 28 & 29 at 1 p.m.
Sing & Paint is an interactive installation which the audience can explore the colour and texture of their own voice. The audience can record a short sample of singing (or speaking) into a special paint can, pick up a light brush, and paint on a digital canvas. As they move the brush, their voice is transformed into colour and music. Created by Aesthetec Studio, a Toronto-based interaction design and technology company that creates engaging experiences for museums and public spaces.