Indie Film: It's In the Blood July 15 at the Long Island Film Expo 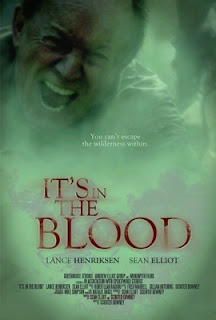 After a screening at the United Film Festival New York on May 11th 2012, the film won the Best Feature Award. New York based horror fans will get a second chance to view the film at the Long Island International Film Expo (LIFE) which takes place from July 12th – 19th, 2012.

It’s In The Blood, is a character-driven horror story starring veteran character actor Lance Henriksen, was awarded the prize for Best Horror Feature at the 2012 Phoenix International Horror & Sci-Fi Festival.  The film was also awarded the Grand Jury Prize at the Canada International Film Festival that same weekend.

A Feature Selection in over thirty film festivals thus far, It’s In The Blood has screened at twenty festivals, and has already won two Grand Jury Awards, three Best Picture Awards, and one Best Actor Award.

Directed by Scooter Downey, It’s In The Blood is a wholly unique cinematic movement.  At its core, a father son story, the film is a deconstruction of the prototypical “creature feature”, incorporating elements of mystical realism and psychological thriller.  This new motion in film is called a Psyche-Saga.  Lance Henriksen stars in this nightmarish descent into the wilderness, the very heart of darkness where more than your guilt can eat you alive.

Best known for his roles as Karl Bishop Weyland in the Aliens franchise and Frank Black in the TV series Millennium, Lance Henriksen has amassed a resume that would put most actors to shame in a 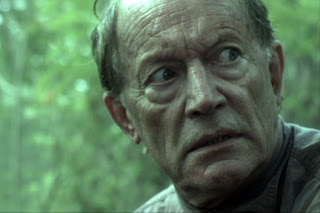 career spanning more than 50 years. Lance has worked with some of the greatest directors of all time, including James Cameron, Steven Spielberg, and Sidney Lumet, and his characters have been killed by some of Hollywood’s greatest monsters, including the Terminator, the Predator and the Alien. With 15 projects in 2011, this versatile actor shows no signs of slowing down.

Born and raised in Louisville, Kentucky, and best friends since kindergarten, Sean Elliot and Scooter Downey co-wrote and produced the film. The film was shot in Austin, Texas, with Spiderwood Studios providing the cinematic backdrop with a state-of-the-art, full-service production facility situated on 200 acres of diverse terrain along the Colorado River.

Over the past month, Its In The Blood has screened at thirteen separate festivals across the country, covering eleven states including California, Michigan, Colorado, Ohio, North Carolina, and South Dakota.  In addition, new screenings are being listed on the official website daily; please visit www.itsinthebloodthemovie.com to locate a screening near you.