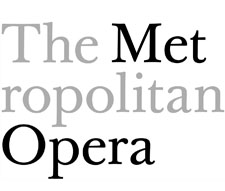 NEW YORK CITY - The Met's annual concert series in New York City parks is one of the most beloved summer traditions in the city. This year, the Summer Recital Series returns with six performances in the parks of all five boroughs. The series kicks off with a concert at Central Park SummerStage on July 25, featuring rising opera stars soprano Danielle de Niese, bass-baritone John Del Carlo, and tenor Dimitri Pittas.

Here's a look at the Met Opera talent featured at this year's festival:

Dimitri Pittas (tenor) was heard at the Met this season as Rodolfo in La Bohème and Macduff in Macbeth. Other Met appearances include Tamino in The Magic Flute, Nemorino in L’Elisir d’Amore, Arturo in Lucia di Lammermoor, the Herald in Don Carlo (debut, 2005), Tybalt in Roméo et Juliette, the First Prisoner in Fidelio, and the First Knight in Parsifal. He is a graduate of the company’s Lindemann Young Artist Development Program. 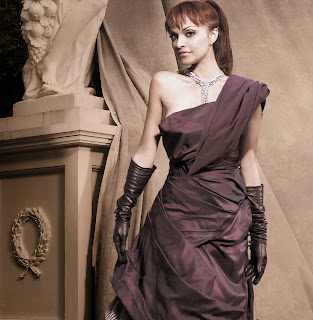 Danielle de Niese (soprano - pictured) sang Ariel in the Met’s world premiere production of The Enchanted Island this season. She previously appeared with the company as Despina in Così fan tutte, Euridice in Orfeo ed Euridice, Cleopatra in Giulio Cesare, Papagena in Die Zauberflöte, a Flower Maiden in Parsifal, the Child in L’Enfant et les Sortilèges, Poussette in Manon, and Susanna and Barbarina (debut, 1998) in Le Nozze di Figaro. She is a graduate of the Met’s Lindemann Young Artist Development Program.

John Del Carlo (bass-baritone) appeared at the Met this season as Bartolo in Il Barbiere di Siviglia and Dansker in Billy Budd. His repertoire with the company also includes Don Pasquale, the Speaker in The Magic Flute, the Prince in Adriana Lecouvreur, the Sacristan in Tosca, Bartolo in Le Nozze di Figaro, Kothner in Die Meistersinger von Nürnberg (debut, 1993), Mathieu in Andrea Chénier, Swallow in Peter Grimes, Alfieri in Bolcom’s A View from the Bridge, Quince in Britten’s A Midsummer Night’s Dream, Baron Zeta in The Merry Widow, and Balducci in Benvenuto Cellini.

Dan Saunders has worked as conductor, pianist, and coach in the fields of opera and song. He began his operatic career as rehearsal pianist at the Met and later became an Assistant Conductor with the company. He made his Met debut as harpsichordist in Jean-Pierre Ponnelle’s 1984 production of La Clemenza di Tito (telecast on Live From Lincoln Center) and subsequently played continuo for many other productions, including Le Nozze di Figaro, Idomeneo, L’Italiana in Algeri, and Don Giovanni.

Alexander Lewis (tenor) is in his second year of the Lindemann Young Artist Development Program.  This season he will make his Met debut as the First Guard in Manon and will perform Artémidore in The Metropolitan Opera and The Juilliard School’s joint production of Gluck’s Armide.  Last season, he performed the role of Vašek in The Bartered Bride, the first joint production of the Met and The Juilliard School. Mr. Lewis completed the Merola Opera Program in San Francisco and completed his 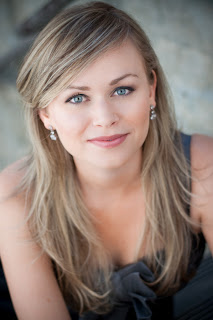 Bachelor of Arts in Music Theatre at the Western Australian Academy of Performing Arts, and was awarded the Lesley Anderson Fellowship.

Deanna Breiwick (soprano - pictured) is a 2011 Metropolitan Opera National Council Grand Finalist and also holds awards from The Gerda Lissner Foundation, the Giulio Gari Foundation, The Licia Albanese-Puccini Foundation and the Richard F. Gold Career Grant.  This season at the Met Ms. Breiwick covered the role of Ariel in the premier of The Enchanted Island. She was most recently featured as Sophie Scholl in the American Premier of Peter Maxwell Davies’ Kommilitonen! with the Juilliard Opera.  Ms. Breiwick is currently a young artist in Juilliard’s Artist Diploma for Opera Studies program holding degrees from The Juilliard School and Mannes College of Music.

Edward Parks (baritone) returned to the Metropolitan Opera this season in the role of Fiorello in Il Barbiere di Siviglia.  Upcoming engagements at the Met include the role of Périchaud in La Rondine and he will be covering roles in Otello and Il Barbiere di Siviglia.  A recent graduate of the Metropolitan Opera’s Lindemann Young Artists Development Program, Mr. Parks made his Metropolitan Opera debut in the 2009-2010 season as Fiorello in Il Barbiere di Siviglia, and has since appeared as Schaunard in La Bohème and as Larkens in La Fancuilla del West.  He also appeared as Schaunard on the Met’s 2011 tour of Japan.  A native of Indiana, PA, Mr. Parks received his bachelor’s degree from Oberlin Conservatory, and his master’s degree from Yale University. 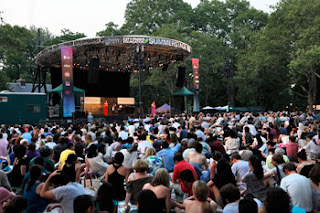 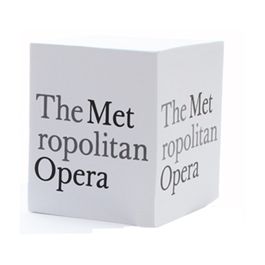