I wanted to share with you the new video “Negro Dia” by Kinky featuring iconic Spanish hip-hop artist Mala Rodriguez. The single is from Kinky’s much-anticipated upcoming album “Sueño De La Maquina”, to be released in-stores on July 17th. 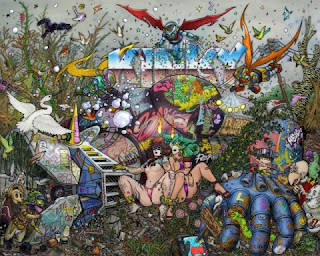 Latin GRAMMY nominated Kinky has enjoyed cross-over success throughout their 10 year career (including performances at Coachella and Lollapolooza), and have broad support in the US beyond their Latin fanbase.  ‘Sueño de la Maquina’ was produced and mixed by legendary Dust Brother John King, who has produced Beck, Rolling Stones and Beastie Boys. The album was mastered by Howie Weinberg, whose credits include iconic albums like Red Hot Chili Peppers’ Blood Sugar Sex Magik, Nirvana’s Nevermind and U2’s Pop.