I wanted to share with you this new video from Mexican Institute of Sound - Instituto Mexicano Del Sonido - titled “Mexico,” which was released July 10, 2012, coinciding with the presidential elections in 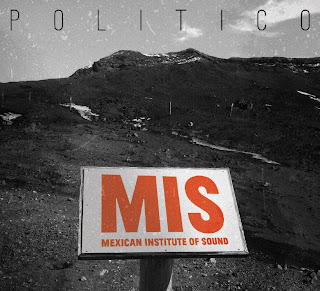 Mexico. This powerful video touches on the current political situation in Mexico, a country politically divided and torn apart by ever-increasing drug violence.  And with the recent developments in the immigration debate here in the US, it's a timely and interesting piece.  Plus it’s a great song.

The video was directed by Jonas Cuaron (Children of Men), son of Alfonso Cuaron (Y tu mamá también, Harry Potter), and debuted featured on front page of YouTube Music. The video takes place in Mexico City’s legendary El Zócalo during massive youth demonstrations and features the controversial youth protest movement #Soy132 which has recently mobilized in support of democratization of the Mexican media and political system.

Mexican Institute of Sound’s new album, aptly titled 'Politico' (to be released August 14th), comes at a precarious time in Mexican politics. The result is an album of explosive club bangers that bridge worlds between Mexico City, Tokyo, Barcelona and New York, traversing Lara’s wild musical imagination with a witty sense of humor.. The new album also features the song "El Jefe" which was recently chosen as the theme to the new A&E television series about Mexican wrestling, ‘El Luchador’. 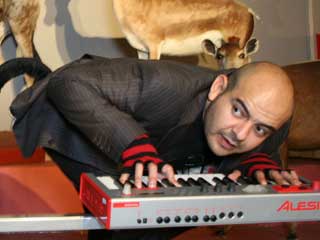 In the past year, M.I.S. has brought the band to rock stages from Denmark to Japan, including major shows at Central Park Summer Stage, VIVE Latino, Lollapalooza and Coachella. Mexican Institute of Sound’s music has also had a wide range of high-profile television and videogame uses, including HBO ‘Entourage’ & ‘East Bound & Down,’ as well as ‘Californication’ and videogames like EA Sports’ ‘FIFA’ soccer series.