Directed by Obie Award winner Anne Kauffman (Maple and Vine at Playwrights Horizons, The Thugs, Stunning, Naked Angels’ This Wide Night) in a completely new production, DETROIT will be presented as the first production of the theater company’s upcoming 2012/2013 Season.  The production will begin previews Friday, August 24 in advance of a mid-September Opening Night (date TBA) at the company’s Mainstage Theater (416 West 42nd Street). The limited engagement is 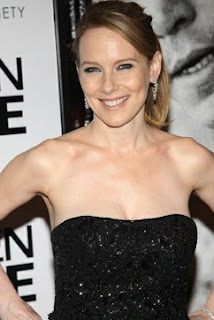 Amy Ryan returns to Playwrights Horizons for the first time since appearing in On the Mountain in 2005.  She made her Broadway debut in Uncle Vanya (Tony Award nomination) and appeared as Stella in A Streetcar Named Desire (Tony Award nomination).  She also starred in Neil LaBute’s The Distance from Here in London’s West End.  On film, for her acclaimed performance in Gone Baby Gone, she was recognized with Academy Award, Golden Globe and SAG Award nominations for Best Supporting Actress, as well as National Board of Review and Broadcast Film Critics Association awards, among others.  Her other film credits include Win Win, Green Zone, Jack Goes Boating, Changeling, Before the Devil Knows You’re Dead, Capote, Dan in Real Life, War of the Worlds, Keane and You Can Count On Me, as well as the upcoming The Tomb and the untitled Drake Doremus project. Her extensive TV appearances include her starring roles as Holly on “The Office,” Adele on “In Treatment” and Officer Beatrice ‘Beadie’ Russell on “The Wire.”

David Schwimmer is a film, stage and television actor and director.  He makes his Playwrights Horizons debut and returns to the New York stage for the first time since his Broadway debut in The Caine Mutiny Court Martial.  Well-known to TV audiences for his Emmy-nominated performance as Ross on the long-running hit comedy “Friends,” he’s also the co-founder of the Lookingglass Theatre Company of Chicago, recipient of the 2011 Tony Award for Regional Theater.  In addition to his extensive work with Lookingglass, his many stage appearances include the premieres of D Girl and 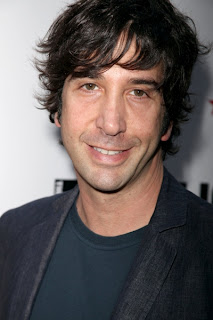 Turnaround in Los Angeles, Glimmer Brothers at Williamstown Theatre Festival and Some Girls in London.  Other notable television and film appearances include  “Band of Brothers,” “Curb Your Enthusiasm,” the upcoming “Web Therapy” (reuniting him with Lisa Kudrow), Madagascar 1, 2 (and the upcoming Part 3:Europe’s Most Wanted), Nothing But the Truth, Duane Hopwood, Big Nothing, Six Days Seven Nights, Apt Pupil, The Pallbearer and the upcoming The Iceman.

Somewhere in the suburbs of a mid-sized city, Ben (Mr. Schwimmer) and Mary (Ms. Ryan) welcome into their lives the rootless couple (Darren Pettie and Sarah Sokolovic) who move in next door.  But as this foursome bonds over backyard barbecues, the neighborly connection they find threatens to unravel the lives they’ve built and change them forever.  An ecstatic, dangerous new comedy, DETROIT exposes the nerves that live just under the surface of American life today.

DETROIT had its World Premiere at Steppenwolf Theatre Company in September 2010.  In his review of that production, Charles Isherwood of The New York Times called it, “A terrific new play.  This scary-funny comedy speaks to the fractious, frightened American moment more perceptively than any play I’ve ever seen on a New York stage.  Hilarious and disturbing, DETROIT is a powerful, funny play.”  Chris Jones in The Chicago Tribune hailed it as, “A major new play.  Lisa D’Amour has penned a very provocative snapshot of the perilous moment.”  Steven Oxman of Variety raved, calling it “A smart and funny new play.  Convincing and compelling and tartly funny.  This may well be the most effective play yet produced about our current economic doldrums.”  And Time Out-Chicago called it “A biting new comedy of economic anxiety.”