NEW YORK CITY - One morning in a small office, an employee arrives at his desk to find his computer broken. He discovers reading material at his desk, and starts to recite it aloud. At first his 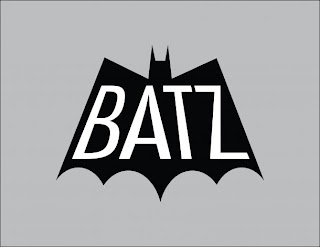 coworkers hardly notice. But after a series of strange coincidences . . . If you follow the New York theater scene, you may think you know where this is going. But, mix in classic Bat stories and a cast of harried office loons playing dozens of characters, and you’ve got a light-hearted tribute to the Dark Knight as you’ve never seen him! And it’s a lot shorter than six hours! (Anya's note - Batz... Gatz... get it?)

“The blocking is tight and fast, mimicking the compression of comic-book panels. And the actors are clearly having fun in multiple roles. . . . For anyone who grew up following the Caped Crusader, Batz is like a vintage comic from generations past.” -Time Out New York

"With savage word- and prop-play and a resourcefully minimal mise-en-scène, Batz, like the creators it 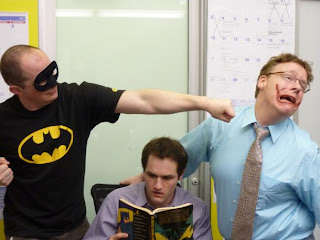 memorializes, shows how much can be made of what little is at hand.” -ComicCritique.blog