In 21 days of pure unfiltered vanguardia, the festival will showcase avant-garde dance, theater, and music for all audiences 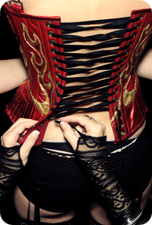 Montera
“I believe that sex is one of the most beautiful, natural and integral things that money can buy.” — Tom Clancy Any street in the world could be Montera.
Physical theater piece written and performed by Loren Escandon / directed by Marisol Rozo
Spanish with English supertitles
Saturday July 28, 7pm & Sunday August 5, 7pm

the Whistling Mortician
When the powers of death crop up at every turn, what else can one do…but whistle?
Physical theater by Cloud of Fools Theater
Company / directed by Jon Froehlich / written and choreographed by Jon Froehlich and ensemble
Saturday July 28, 10 pm; Sunday August 5, 3pm & Thursday August 9, 7pm 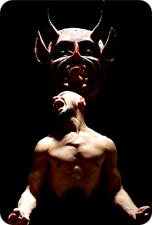 Nella Foresta (In The Forest)
Through theater and puppetry, a man finds answers to life’s questions through a fairytale forest in his mind.
Puppetry theater performance by j33tre
written and directed by Giles Smith
Italian with English supertitles
Friday August 10, 7pm & Sunday August 12, 3pm

Decime que escuchas (face the music)
A contemporary play about how Heavy Metal was transformed into a weapon of fire for psychoanalysis.
A comedy of mad-manners by Sol Pereyra
directed by Gerardo Gudino
Spanish with English Supertitles
Friday July 27, 10pm & Sunday July 29, 7pm 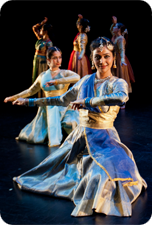 All of IATI’s shows at Baruch College are located in the Nagelberg Theater, which is part of 55 Lexington Avenue. The theater can be accessed via an entrance on 25th street, between Lexington and 3rd Avenues. The box office is immediately inside the entrance; to get to the theater, take the stairs or the elevator down to the third basement level. Nearby subway lines include the 6, F, M, N, and R to 23rd Street. 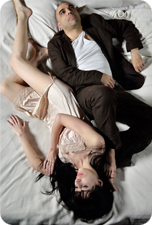 What is a PAM Pass and how does it work?
PAM passes are package deals that allow you to see multiple shows at a discount. There are four different PAM Passes available: the 3-show pass allows you to see three shows for a total of $82, which is 22% off the total value. The 4-show pass gives you tickets to four shows for $106, or 24% off. The 5-show pass buys you admission to five shows for $132, or 25% off. There is also a full PAM pass, which will grant you admission to one performance each of all eleven shows for $220--a total of 43% off the list price. The PAM Pass can only be used to see three distinct shows--you cannot use it to see multiple performances of the same show or to buy multiple tickets of the same performance