“Let’s go under the tree; the drums are already beating. Hey! Wow! Look at how people are shaking their things already!” cries bandleader and songwriter Massama Dogo of Washington DC’s cross- 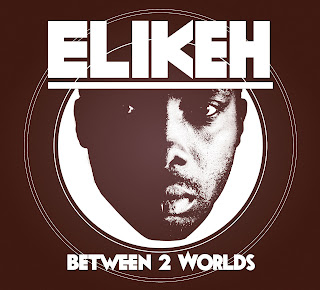 Massama Dogo and Elikeh have long been striving to get people under that tree, shaking it to those drums.

Dogo’s original impetus for starting a band began back home in Togo, a place that still inspires and distresses him. He longed to hear more of the music rooted in local traditions, in a scene dominated by rap, synths, and playback. Dogo himself had cut his teeth playing with a variety of reggae and pop bands around Lomé, Togo’s biggest city and capital.

But Dogo wants to do more than incorporate tradition into well-arranged pop. He wants to change his compatriots’ minds. In songs like “No Vision” and “Foot Soldier,” Dogo calls for people in his homeland and across Africa to see what he feels is the true source of the poverty and inequality that haunts Dogo every time he returns home.

“When I’ve gone to Togo, I’ve gone to touch base with my country and ancestors, and really see what’s going on there,” Dogo explains, describing a recent trip home. “People need to defend themselves. It’s not the West that’s the main problem; it’s the leaders,” leaders Dogo repeatedly takes to task for their greed and unwillingness to serve the people.

But Dogo and Elikeh inhabit another world beyond West Africa and its joys and struggles. Winding up as an immigrant in Washington DC in 2000, Dogo unknowingly landed in an unlikely African music pop hotspot. Home to musicians from across Africa—as well as skilled and versatile musicians from 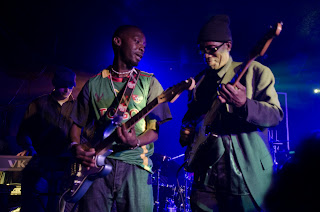 jazz, funk, and classical backgrounds—Dogo soon gathered a crack team of diverse, Afropop-loving players. Many of them, including Nigerian lead guitarist Frank Martins, knew how closely politics and music are entwined: Martins was arrested when authorities heard that his upcoming record had political leanings. Once freed, he fled for London and eventually landed in the U.S.

Over time, Elikeh became more than a simple vehicle for Dogo’s vision; it became a tight musical collective with a seasoned sound and distinct sensibility, a band that united two worlds. That’s why Dogo and the band decided to record their next album in Togo, Mali, and DC, bringing in both current bellwethers of African popular music (Vieux Farka Toure’s dazzling Malian blues guitar work) and musicians drawing on American rock roots (Kadlecik’s vocal and instrumental response to Dogo’s urgent calls in Togo’s Mina language). 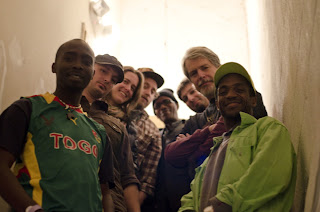 These sonic conversations lie at the heart of the album. With an almost delicate, vintage sound, Toure strikes up a conversation with Dogo, and Malian master Mamadou Cherif Soumano’s sparkling kora contrasts with Kadlecik’s rock lines. The back-and-forth echoes both traditional call-and-response and the complexities of the immigrant experience Dogo explores and breaks down in his songs.

The two worlds Elikeh operates in are audible in other ways, as well. “Eh Wee” rips from a rock start to a steady groove, and tracks inspired by UK-Ghanaian funk band Osibisa capture some of the band’s genre-hopping vintage glitz (“Olesafrica”). Though Fela is the best known Afrobeat patriarch, Elikeh rethinks the Sierra Leonean Afro-soul legend Geraldo Pino’s hit, “Let Them Talk.” Pino blew Fela’s mind back when he was finding his musical way, and has been rediscovered in the wake of Fela’s own revival.

“This song made the album because it really echoes our experience,” Dogo notes with a smile. “If in your heart you know what you are doing is right, go for it , and don't listen to what people are saying.”