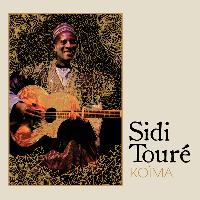 Oxfam International is working in the Sahel region of West Africa, where drought, a poor harvest, and dwindling pasture have created a severe food crisis. They interviewed Sidi Touré about the situation, and featured one of the songs from his new album Koïma in a new video about their work in the region.

“I’ve seen it firsthand… A hungry man is not a free man. People who are hungry don’t hear anything and don’t see anything. All they think about is hunger,” Touré said. “This [food crisis] is linked to [the conflict] going on Mali right now. If people don’t have the food they need, hunger can push them to do almost anything.”

Sidi Touré is currently on his second North American tour, which he'll kick off at the Harrison Hot Springs and Vancouver Folk Festivals, following with shows in the US later this month, and live radio sessions on NPR World Cafe and KEXP Wo' Pop.

"Sidi Touré's second album has put him at the forefront of a new generation of African guitarists.... His lean quartet was full of attack amidst the lulling songs, and the crowd loved it." - Exclaim! 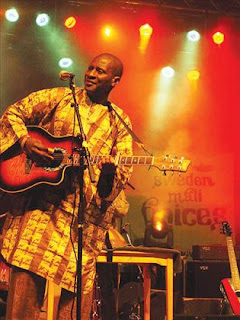