Southern California’s explosive modern rock-pop act, The Bolts, are set to release back-to-back seasonal EP’s kicking off with the release of aptly titled Fall 2012 EP on September 21. The classic yet 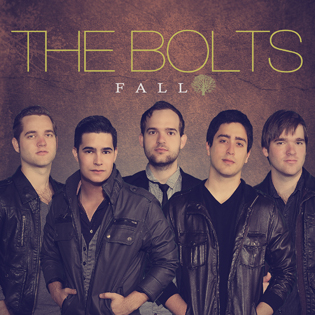 contemporary quintet comprised of bassist and vocalist, Addam Farmer; guitarist and vocalist Heath Farmer; keyboardist and vocalist, Austin Farmer; guitarist and vocalist, Ryan Kilpatrick; and drummer Matt Champagne, is influenced by artists like The Beatles, The Beach Boys, Queen, The Clash, The Killers, The Strokes, My Chemical Romance and Modest Mouse. The Bolts nonchalantly showcase stadium ready talents with confidence as if it were their birthright.  Well, that's pretty much true for siblings, Adam, Heath and Austin Farmer, who along with fellow Bolts, Matt Champagne and Ryan Kilpatrick create a powerful pop rock sound that pulsates with muscular musicianship, brilliant 4-part vocal harmonies, and multiple lead vocalists.

The Bolts first experienced local success in 2007 when the band landed five demo songs on the local rock radio station, KROQ, after being together less than four months. Soon after, the band started winning local battles of the bands and other competitions, eventually leading them to earn the title of Orange County’s ‘Best Pop Artist’ from the OC Music Awards. 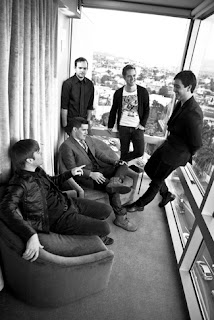 The Bolts have been busy playing numerous residencies and gigs in and outside of their native Orange County. In just a short period of time, The Bolts have developed an army of devoted fans who mobilize at a moment’s notice for their energetic performances from San Diego to Los Angeles, turning up in frenzied droves at their ongoing residencies at The Roxy and Disneyland's Tomorrowland Terrace.  They play about 20 shows per year at Tomorrowland Terrace, which is a residency once held by No Doubt amongst other notable OC bands, and are due to perform 10 more shows there this year. Playing in the Magic Kingdom also puts the group in front of an international audience, something that has helped boost interest in the band and broadened its social-network fan base. The performance demands have also fine-tuned them, leading to constant writing, rehearsing and learning cover songs to keep things from getting repetitive. “We do ‘Kids’ by MGMT … ‘Ain’t No Rest for the Wicked’ by Cage the Elephant … and we do some crowd favorites, classics like the Beach Boys songs. We also do a cover of Coldplay’s ‘Viva La Vida,’ and we took the orchestra parts and made it into total guitar and keyboard rock. People seem to really like it.”

With the release of their 2 EP’s entitled, Fall and Winter, followed by their official full-length release, The BOLTS, the time is now to take on the world on their terms—they won't be "just another band from LA" for very long. 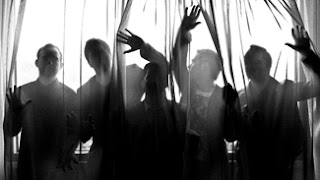