NEW YORK CITY - The Gipsy Kings consist of two bands of brothers: the Reyes (Nicolas, Canut, Paul, Patchai, Andre) and the Baliardos (Tonino, Paco, Diego). The Reyes and Baliardo boys were the 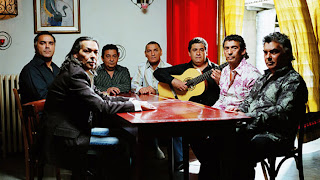 offspring of Spanish gypsy families that had fled into France to escape Spain's Civil War. They grew up roaming the south of France, working harvests and making music.

Jose Reyes - father of the GK's Reyes - sang alongside guitarist Manitas de Plata and did much to popularise flamenco internationally: John Steinbeck, Charlie Chaplin, Pablo Picasso, Miles Davis and Salvador Dali were amongst the duo's admirers. Jose split from Manitas in the 1970s and formed Los Reyes with his teenage sons. His death devastated the Reyes yet lead to their fortuitous encounter with the Baliardos at the St. Marie de la Mer Gitan pilgrimage. On that warm night, as they passed the guitar, shared songs and wine, history was shaped. 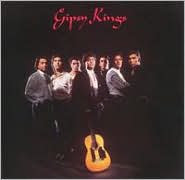 Initially, the Reyes and Baliardos busked on the streets of Cannes, played weddings and parties, young men flavouring flamenco with Western pop and Latin rhythms. When an American admirer told the band their name Los Reyes meant "The Kings" in English they realised they were born to be Gipsy Kings. In 1987 The Gipsy Kings' self-titled debut album introduced the world to `rumba Gitano' - the sound of South America's rumba rhythm married to flamenco guitars - and with `Bamboleo' the Gipsy Kings scored a huge international hit. Since then the Kings have never stopped singing to the world.

Today the Gipsy Kings still live with their families in the south of France. Life may have changed for them - they no longer busk on streets or pick crops when times are hard or travel in caravans - but still, at heart, they remain Gypsies, the proud descendants of an ancient people who seduced the world with music and dance. On Pasajero, the Gipsy Kings continue their epic musical journey.