"I was sitting in a coffee shop with producer Neda Armian and screenwriter Mary Tobler.  We were venting our frustration at the difficult climate of financing indie films and Neda said, 'Let's just shoot something. Anything. Shoot in my apartment. It's yours!  Little did she know that I'd take her up 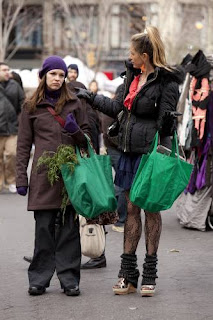 Union Square is a classic indie film - a character-centric story that combines a low budget locale with fine acting from a strong cast.  It's a story that avoids easy answers and pat conclusions and whose strongest moments arrive in emotional poignancy rather than a climax to a predictable story arc.

Mira Sorvino is Lucy, overly thin and overly trendy in the way that women in big cities often are, waiting for a reply to her text to Jay, a married lover who's suddenly reluctant to see her when she shows up at Union Square station in New York City with a scruffy dog in tow. Her level of hysteria ramps up quickly at his ever evasive answers and Lucy seems overly dramatic, over-acted even... at first.

The film succeeds in holding your attention with a deft sense of storytelling; the full implications of each twist and revelation only unfold little by little. Lucy, now jittery and dejected, shows up at the doorstep of her estranged sister Jen, who's now engaged to be married and leading an enviable 'straight' life which includes a revised past and family history that she's completely fabricated for the benefit of her fiancé. Her wide-eyed horror at seeing Lucy literally on her doorstep sets the stage for the unraveling of family secrets that follows.

Mira as Lucy and Tammy Blanchard as Jenny play off each other nicely; the latter as the sister who got away and tried to erase the dysfunctional past and Lucy as the brittle survivor who couldn't deny - 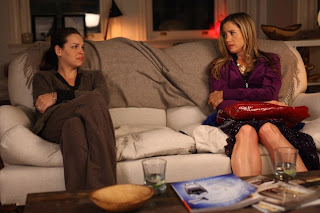 or get away from - her roots, no matter how messed up they got.  While the subject matter is family melodrama, it's sprinkled liberally with moments of humour particularly in the first half, such as when Jenny watches in horror as Bill, her fiancé, (Mike Doyle,) warms up to his attractive sister-in-law and her vixenish charms.

The setting and whole look are naturalistic, allowing for the kind of intimacy a story like this needs to take hold. Jenny's carefully constructed façade slowly crumbles over the course of the day and its aftermath, but in ways that you won't anticipate. She's leading a vegan, organic lifestyle while Lucy puffs on cigarettes and guzzles gin. The outlines seem broadly drawn but the story that flows out of it is subtle and the emotion feels real.

The ending is optimistic while avoiding pat answers and features Broadway legend Patti LuPone in a pivotal role.