TORONTO, ON – Harbourfront Centre is pleased to announce the biennial return of the Ashkenaz Festival. The week-long festival, held this year from Tuesday, Aug. 28 through Monday, Sept. 3, 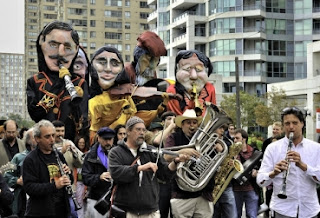 celebrates cutting-edge and traditional culture from the international Jewish scene.

The Ashkenaz Festival, which began in 1995 and has grown into one of the city’s favourites, features events spanning music, film, theatre, dance and more, celebrating the variety of cultures that comprise the international Jewish community. Over 200 individual artists from over a dozen countries, including Uganda, India, Australia, Argentina and Mexico, will descend upon Harbourfront Centre, demonstrating the diversity and depth of Jewish arts and culture.

Highlights of Ashkenaz include performances, workshops, activities and more:
• Music from Yemen Blues, who mix Yemenite-Jewish song and poetry with West African grooves, 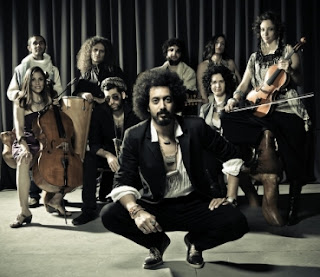 jazz, blues and funk; Shye Ben Tzur, who combines Hebrew, Middle-Eastern and Indian influences; the post-Soviet klezmer-pop-party-music of Opa!; Toronto’s 13-piece Balkan-Klezmer-Gypsy-Party-Punk Super-Band Lemon Bucket Orchestra; the Canadian premiere of 99 year-old Toronto composer and Holocaust survivor Leo Spellman’s “lost” composition and others;
• Theatre Panik’s production of The Corpse Bride;
• Family fun including the always-popular Ashkenaz Parade and the return of two of North America’s premier entertainers, Sharon and Bram, who add Yiddish songs alongside their classic repertoire;
…and much more!

For additional information and complete event listings, the public may visit harbourfrontcentre.com or call the Information Hotline at 416-973-4000. Harbourfront Centre is located at 235 Queens Quay West in the heart of downtown Toronto’s waterfront.

ABOUT THE ASHKENAZ FOUNDATION:
The Ashkenaz Foundation is a community-based, non-profit organization dedicated to fostering an increased awareness of Yiddish and Jewish culture through the arts. Through its biennial festival and 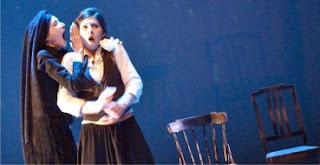 an expanding slate of year-round programming, Ashkenaz showcases the work of leading contemporary artists from Canada and around the world working in music, film, theatre, dance, literature, craft and visual arts. The Foundation incorporates in its mandate and programming many other manifestations of pan-Jewish music and art beyond Klezmer/Yiddish, including an expanding commitment to the art and culture of Sephardic, Ladino and Mizrahi Jews. Ashkenaz also actively pursues fusion and cross-cultural exchange with artists from outside Jewish cultural traditions through commissioned work and special projects.