Battle of the Beatmakers 2012: August 25 in Toronto

Just Blaze, Statik Selektah & Skyzoo All Take Part In this year's Battle of the Beat Makers
August 25, 2012 at the Opera House, Toronto 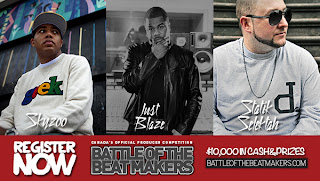 “Every year we attract new producers from all over the country, eager to learn new tricks of the trade, rub shoulders with celebrated guests, artists, as well as to create a name for themselves at the Battle, this year will be monumental in satisfying each desire,” says Clifton Reddick, BBM Founder.

Grammy award winning and multi-platinum selling producer Just Blaze, most well-known for producing Jay-Z songs on hit albums The Blueprint, The Blueprint 2, and The Black Album, as well as, Eminem’s Recovery album, will be a guest speaker at the upcoming 2nd Annual Pro Audio Conference.In addition to an exclusive Q&A session with selected Canadian producers, he will also host a 50-minute live production demonstration.

Statik Selektah will also be on hand to provide selected Canadian producers with an exclusive Q&A session, as well as a live production demonstration at the Pro Audio Conference.  In 2007, Statik released his first LP, titled Spell My Name Right, followed by Stick 2 the Script (2009) and 100 Proof: The Hangover (2010). Besides dropping his own albums, he has also produced on many other artists’ projects and hosts a show on Thursday nights on Eminem's Shade 45 XM/Sirus Radio Station.

Alongside serving as a special guest judge at the competition, hip-hop fans will also be entertained with a live performance from DuckDown Records recording artist Skyzoo. Widely recognized as one of the top spitters of today, Skyzoo has toured with Ghostface Killah, Raekwon, Pharoahe Monch, Sean Price, and Buckshot, as well as headlined internationally in places like China, London, Paris, Berlin, Italy, Amsterdam, and more. His highly anticipated sophomore album A Dream Deferred is slated for a fall 2012 release. 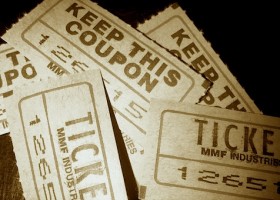 Registration Closes: August 22nd, 2012. Producers can register online at BattleoftheBeatMakers.com or in-person at various retail outlets listed on the website.

The grand prize package will consist of cash and prizes valued at over $10,000.

Battle of the Beat Makers (BBM) is Canada’s Official Producer Competition, which focuses on showcasing the talents of the hottest up-and-coming Canadian producers.  BBM is the first outlet for Canadian producers to showcase their talents in a live setting.