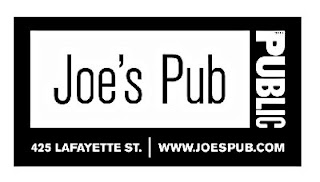 The INCOMING! initiative at Joe’s Pub was created as an avenue for developing new material by artists looking for a safe, intimate performance space to debut work. “The Under the Radar Festival is proud to join with Joe's Pub in presenting the INCOMING! series,” said UTR Artistic Director and Producer Mark Russell. “This is a forum where artists can develop new material in front of an audience. Sometimes a deadline is the best thing you can give an artist. INCOMING! is a deadline and 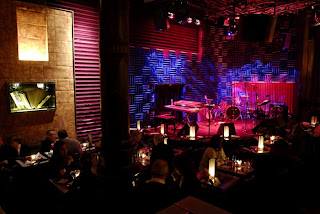 a place for outrageous failures and new revelations! All live at one of the best rooms in the city. These are going to be some exciting performances.”

Like Under the Radar, which the New York Times called “a dizzying mix of dance, comedy and experimental theater,” INCOMING! takes artists out of their comfort zones and challenges them to be ambitious in an environment known for its commitment to originality and innovation. “Joe’s Pub is thrilled to work with our Public Theater colleagues to present these works-in-progress while keeping our prices low to encourage adventurous theater-goers, promote community engagement and support up-and-coming talent,” said Joe’s Pub Director Shanta Thake.

INCOMING! THE PUBLIC THEATER'S UNDER THE RADAR FESTIVAL @ JOE’S PUB: 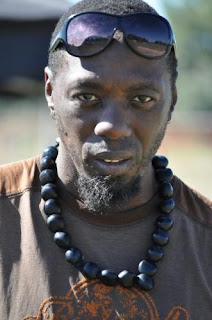 “Five ‘ Til” by Edwin Lee Gibson
Friday, August 23, 9:30pm, $10
Obie Award winning actor, Edwin Lee Gibson (The Seven) brings his commentary on capital punishment to Joe’s Pub in the blues fairytale, Five ‘ Til. In a notorious state penitentiary in Huntsville, TX, cause and effect have come home to roost.  Dante Wallace sits five minutes from execution for the murder of Kenya. What happens when a capital punishment case becomes about convicting someone rather than someone who is guilty?

Five ‘Til frames the complexity of a worst nightmare scenario into a “karmic tale” of how vengeance is far more powerful than a lethal injection. A lucid hallucination set to music, the play is a blues fairytale that captures both pain and joy in the stylistic traditions of Negro spirituals and soul. Edwin Lee Gibson has starred as Raqmaan in the NaRa Films feature Blood First (2012 release). He has also just completed his academic work, Freedom Initiative, which utilizes the canon of the late August Wilson as a means for revisiting and reimagining the American-African experience, post slavery, in the United States. 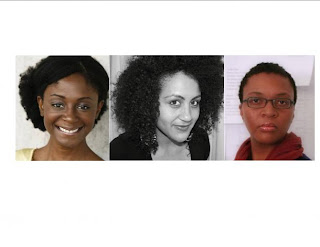 “Hollow Roots” by Christina Anderson
Saturday, August 24, 7:30pm, $10
In Hollow Roots, a woman traverses a nameless urban landscape plagued by a question: can a person of color have a "neutral narrative"? A spare and intimate setting evolves into a vivid world painted in detailed observations and marked by memories, music, history, candy, maps, and circumstance.

Tapping into the rich and complicated genre of one person plays by writers such as Wallace Shawn and Spalding Grey, playwright Christina Anderson (Good Goods, Inked Baby), director Lileana Blain-Cruz (Doctor Faustus Lights the Lights) and performer April Matthis (Lear, The Sound and the Fury) interrogate the concept of cultural identity and ask “Can someone live a life unaffected by one’s race or gender?”

“Drusi Is Coming” by Lilac co
Friday, August 24, 9:30pm, $10
Drusi Is Coming is the latest episode by Lilac co in the jinx series continuum. Lilac co has made new theater in Greenpoint, Brooklyn since 2005 (stjohnstheatre.org) including a feature length independent 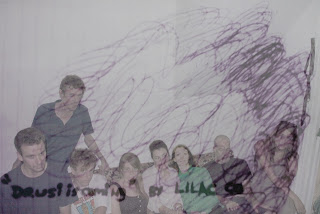 film "love is black water" (to festivals us/euro fall 2013). Since summer 2009, all work by lilac co. has been developed at the 94 Norman Avenue storefront space in Greenpoint, Brooklyn.

"The work, written and directed by Sean Edward Lewis, recalls literary experiments such as those of Gertrude Stein, Samuel Beckett, Lewis Carol, Antonin Artaud and David Lynch. As audience to their work one can dwell, rather than be directed what to think about, be that a narrative progression, or a character's "inner" psychology. The work affects feelings and ideas actively, if not immediately, LSJ creates not merely physical spaces, but imaginary, emotional, and intellective states an audience passes through." -Thom Donovan, FANZINE.