Invitations/Into/Traces
Part of the 2012 Summerworks Festival
August 9-18, 2012 (see full schedule at the bottom of this post)

TORONTO - Invitations/Into/Traces (or) all I want to do is invent a machine which creates surprises is written and performed by a local artist named Cara Spooner, recently nominated for an emerging artist award from the Young Centre. It explores the relationship between audience & performer, and what it means 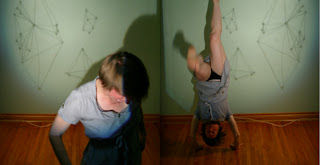 to be present for a piece of art.

A word from the artist:

I made this piece to explore an impossible task. I am attempting to make a performance with an audience rather than do something in front of them. I am trying to point to the audience/performer relationship in an embodied way which includes framing the embodiment of the audience members. I am looking at who watches who and I'm dedicated to diving into the messiness that it brings.

I work outside of the traditional proscenium stage which means I consider the politics of how work is presented and how that then shapes the work. I've recently made audio-choreography for John Street, a series of movement maps, a poster 'as' performance and a performative way of “audiencing”. I have a dance background and my goal is to make work with the body in mind, but rather than making a dance about something, I want to make movement frames that actually embody the topic in an exploratory way. I want people to be able to feel the performance rather than just see it. 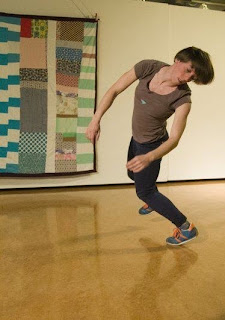 Invitations/Into/Traces is the first full length show I've made. It is a culmination of various concepts I've been working through resulting in one big experimental event. It's exciting to debut it as a part of the Summerworks festival. The conditions in Toronto right now seem to be really open to new ways of working. It is amazing to feel the momentum that the city has to offer in terms of experimentation and artistic development.