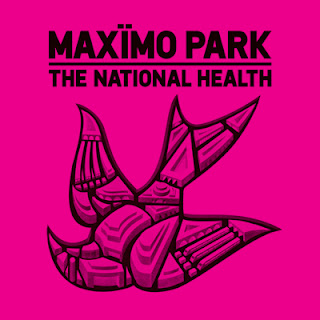 • Maximo Park ticket bundle via Straight To The Sun Records is available below until August 31, 2012
• Download the Linton Brown remix of this hit single Hips and Lips here

NEW YORK, NY - Maximo Park, the double platinum powerhouse from New Castle, is back with not only vengeance but the new release of their 4th album “The National Health” via Straight To The Sun Records (part of The Musebox Label Group), which was released digitally on July 3 with a physical release date of August 28, and will be supported by their first tour in five years including eight US dates.  Maximo Park has announced today that the supporting acts for their US tour dates will include Stagnant Pools, Zambri, and the buzzed about LA quintet The Neighbourhood.

To celebrate Maximo Park’s latest release and US tour dates, the band has partnered with Straight To The Sun Records to offer an exclusive concert ticket bundle that includes: one ticket to the US show date of your choice, free album download and autographed physical album.

“The National Health” is a compilation of 13 invigorated, lyrically rich tracks that manifest a fresh twist on the band’s signature power-pop anthems.  Since taking the world by storm in 2005 with their critically acclaimed opus “A Certain Trigger,” followed by “Our Earthly Pleasures” (2007) and “Quicken the Heart” (2009) and selling over 2 million records world wide to date, Newcastle’s mavens of jittery, slick pop will be embarking on a US trek of select cities this fall in support of their latest brainchild “The 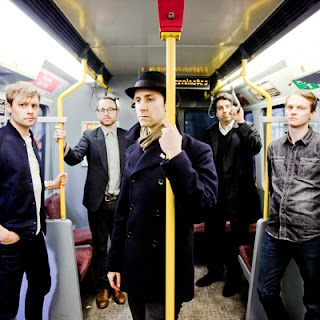 National Health”, a joint venture between the band’s own Daylighting Records label and brand new North American label Straight To The Sun Records, a part of the Musebox Label Group.

Maximo Park’s Paul Smith says, "we’ve been waiting for a few years to make our return to North America and now, with “The National Health” under our belts, we’re pleased to announce some new dates! The new album is a crowd-pleasing blockbuster (in our not so humble opinion!) so spread the word and let’s make these shows special. We assure our American friends we’ll make it up to them with a dose of pure, melodic, ROCK!”