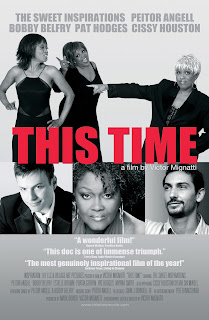 NEW YORK CITY - They’ve sung back-up for Elvis Presley, Aretha Franklin, Dionne Warwick, Dusty Springfield and Jimi Hendrix, been homeless while their songs were on the charts, and struggled to fill tiny cabarets while fighting for their big break – all the while holding tight to their dignity and to their dreams. A new documentary work by filmmaker Victor Mignatti, THIS TIME explores a world far from the overnight television sensations of “American Idol,” capturing the underbelly of an industry that relies on the ever-present pool of new artists waiting for their chance at stardom.

Accompanied by the soaring music of the gifted artists featured in the film, including the legendary Sweet Inspirations and Cissy Houston, the film tracks the triumphant and heart-wrenching efforts of six musicians working day and night to turn up the volume on their careers. From the streets of South Central Los Angeles to Park Avenue in New York, THIS TIME is a unique musical story about utter dedication to an art form and the transformative power of music. 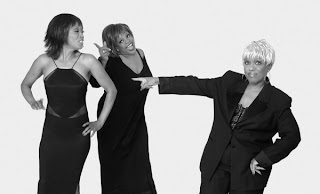 industry, THIS TIME celebrates the prodigious talents and experiences of these musicians in an inspiring story of hope, persistence and faith.  THIS TIME also features original Sweet Inspiration and gospel music star Cissy Houston, mother of the late Whitney Houston.