NEW NFB FILM BY SARAH POLLEY TO HAVE WORLD PREMIERE AT THE VENICE FILM FESTIVAL
Produced by the NFB’s Anita Lee, Stories We Tell an official selection at Venice Days

Toronto – The National Film Board of Canada (NFB) is pleased to announce that its collaboration with acclaimed filmmaker Sarah Polley, Stories We Tell, will have its world premiere in the Venice Days 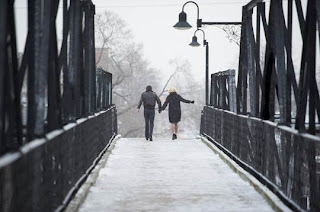 program held during the prestigious Venice Film Festival (August 29–September 8). Stories We Tell was produced by Anita Lee and executive produced by Silva Basmajian of the NFB’s Ontario Centre.

About the film
In this inspired, genre-twisting film, Oscar-nominated writer/director Sarah Polley discovers that the truth depends on who’s telling it. Polley is both filmmaker and detective as she investigates the secrets behind a family of storytellers. She playfully interviews and interrogates a cast of characters of varying reliability, eliciting refreshingly candid, yet mostly contradictory, answers to the same questions. As each relates their version of the family mythology, present-day recollections shift into nostalgia-tinged glimpses of a lively, fun-loving past and the shadows just beneath. Polley unravels the paradoxes to reveal the essence of family: a complex, messy, intense and deeply loving tangle of contradictions.

About Sarah Polley
Sarah Polley has been writing and directing in Canada since 1999, when she made her directorial debut with short films. Her dramatic features include Away from Her (nominated in 2007 for an Academy

Award for Best Adapted Screenplay, and winner of the 2008 Genie Award for Best Picture and Best Achievement in Direction) and Take This Waltz starring Seth Rogen, Michelle Williams and Sarah Silverman. Stories We Tell is her most recent film.