TORONTO - The largest juried theatre Festival in Canada announces it’s final selections for 2012. The 22nd Festival, running from August 9th to 19th, features over 40 plays, a return of the Performance Bar, a live Art Series, practical workshops and a new twist on the Music Series. The National Series features a new play by award-winning playwright, actor and director Daniel MacIvor.

“We were humbled and proud of the quality of the work this year,” says Artistic Producer, Michael Rubenfeld. “We programmed an exciting, challenging season of work that is political, entertaining, provocative and virtuosic.” 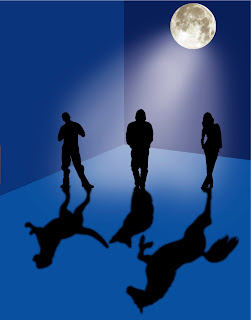 This year’s National Series welcomes four very different, exciting shows, including a brand new Daniel MacIvor piece, I, Animal (pictured).  This will be the first time SummerWorks has presented a new full-length by the award winning playwright and actor.

SummerWorks welcomes back to the Festival Halifax’s 2b Theatre, with their production of When It Rains, by Anthony Black (Invisible Atom).  When It Rains was nominated for 8 Merritt Awards (Halifax Doras) and won one for performance.  From Montreal, the Festival features two provocative solo shows: My Pregnant Brother, by Johanna Nutter and One/Un, by Mani Soleymanlou.  Each of these works garnered considerable attention in previous productions, and SummerWorks is pleased to offer their Toronto premiere’s at this year’s Festival.