New Video: HipRocknB with Tess and MJ
She'll be at Commodore Park, Brooklyn on August 25 & 26 2012 as part of the Afro Punk Festival 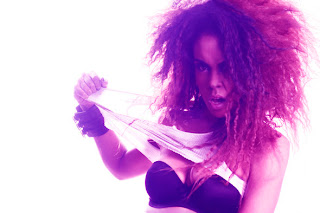 [New York, NY] In the words of Charlie Sheen, Singer/Songwriter Tess, is WINNING!! August has proven to be a great month for the HipRocknB Rebel. On Friday, August 3rd, Tess gave an incredible performance at the final Afro Punk 'Battle Of The Bands' show; and was announced one of the winners of the evening. Tess will perform along side Eryka Badu, Janelle Monae, Gym Class Heroes and many more on August 25th and 26th at Commodore Park in Brooklyn, NY. The 2012 Afro Punk Festival will definitely get a taste of #HipRocknB.

Continuing the 'WINNING' streak, Friday, August 10th, also marked a big milestone for the young artist: the release of the new music video for the hit single “MJ”, off her debut EP, 'The Name Is Tess'. The fun and quirky video is sure to be a favorite. 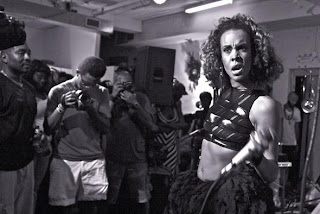 Singer/songwriter, Tess aims to flood the music scene with a sound she's coined "HipRocknB". The young artist has toured internationally with Deemi, JT Taylor (of Kool & the Gang), Atlantic Star, and has worked with Musiq Soulchild, Joel Ortiz among others. Tess has finished writing and recording her Debut EP, ‘The Name Is Tess’ released May, 18th 2012. Tess enlisted the help of the talented Mr. Reynolds, who served as the Executive Producer. Mr. Reynolds is a veteran in the business and has worked on projects from many top selling artists, including The Roots, Kelly Rowland, Lyfe Jennings, and many others. Tess’ new project promises to be a game changer. 'The Name Is Tess' EP is now available for purchase on iTunes, CD Baby, and Bandcamp.