Toronto - Abilities Arts Festival Executive Director Rina Fraticelli has announced the dates and programming for the festival's 10th anniversary. Showcasing works by and about artists with 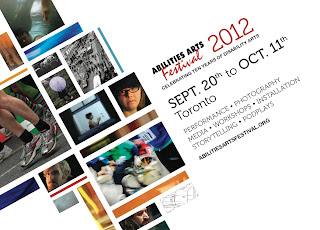 "For a decade, Abilities Arts Festival has championed a dazzling array of talent and creativity, showcasing outstanding local performers and dynamic artists from across Canada and internationally," says Fraticelli. "Ten consecutive years of sustaining and growing a small not-for-profit arts organization is no mean feat; and it was made possible by the growing appetite for the art and artists we have been able to present, such as Luca "lazylegs Patuelle, Martin Dechamps, Sidiki Conde, Luis Orbegso - brilliant talents whose reputations and audiences continue to flourish. That's why we are thrilled to be able to launch our second decade with Canada's (and perhaps the world's) first Artistic Residency for an artist from the disability community."

The spectrum of events ranges from the ARTrageous! 10th Anniversary Gala to the Toronto: Street Level photo exhibit and book launch to MIX, a three day film festival, as well as the multi-media extravaganza A Queen Street Cartography as part of Nuit Blanche and The Listening Post, "pod-cast 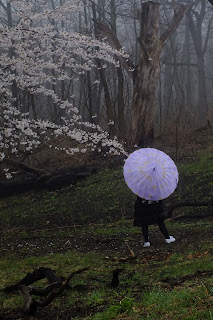 plays" told through mp3 players as the audience heads into the streets and alleys of Queen Street West. (Photo: Spring Shower by Natalia Isak & Mike Monize)

This year, the festival kicks off with the 10th Anniversary Gala Launch - ARTrageous! - on September 20 and features live performances by Julie McNamara and David Roche as well as a sneak preview of the Toronto: Street Level photography exhibit, silent auction and delicious delicacies. Two major new programs will be announced to launch the second decade: Canada's first-ever artistic residency for an artist with a disability; and Abilities Arts Tour, a weekend version of the annual festival that will travel to communities across Ontario. Tickets are $25.

Screenings: All screenings are $8/Attendants are free. All films are open captioned. (Image from : All Day, Director: Nadia Nadarajah)
o Liaisons - Friday September 21, 7pm - Short animations and live action give a glimpse of the rich tapestry of our relations.
o DesirAbility (18 Plus) - Saturday, September 22, 7pm - The persistence of passion and the power of physical longing. Followed by panel discussion: Desiring & Desirability
o Art & Life, Life as Art - Sunday, September 23, 7pm - Exquisite, quirky, inventive films that translate daily life into art.

Workshops: Workshops, panels and discussions are free but workshop enrollment is extremely limited and pre-registration is required to ensure a place and/or support. (Photo : a scene from Shadi in the Beautiful Well, Directed by Mahdi Fleife) 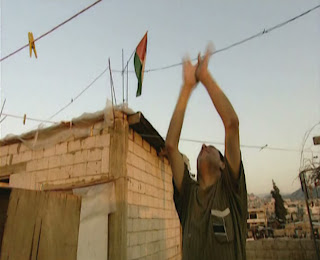 o Story Power - Friday, September 21, 11:30am-3:30pm - A practical workshop for writers who want to re-connect with their muse with master storytellers Julie McNamara and David Roche.
o Whose Team is It Anyway? - Saturday, September 22, 2pm-4pm - Define the roles in your team and achieve your aims without compromising on access or artistry. A conversation with U.K. digital artist Caglar Kimyoncu.
o Desiring & Desirability - Saturday, September 22, 8pm (Following 7pm  screening) - A conversation with filmmakers and curators addressing notions of identity, power and desire in relation to representation of PWD on screen.
o Making it Happen: From the Sketch to the Screen - Sunday, September 23, 1pm-5pm - Practical strategies and techniques for turning the challenges of media production into opportunities for invention. Caglar Kimyoncu with Jan Derbyshire, Julie McNamara, David Roche.

The art spills over into the streets, shop windows, along laneways and green spaces and onto the Queen Streetcar for this immersive mixed-media event featuring photography, storytelling, theatre and 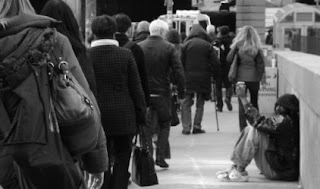 The Listening Post is a new kind of immersive theatre event featuring four newly-commissioned "podplays" set in and around Queen Street West. Audience members step into intimate tales of life in the city as they walk the Queen Street corridor, guided by the voices and personal tales of life in the city by a remarkable quartet of artists: Jan Derbyshire, Catherine Frazee, Janna Gorham and Izzy Mackenzie Lay. Each audience of one "attends" each short play, by listening to it on an MP3 player while walking through the setting of the story. Free.