TORONTO - Our initial New World show of the season features an interactive encounter between South and East African inspirations, European tonalities and electronic transformations accompanied by visual commentary. For a change, an African musician harnesses and processes a European 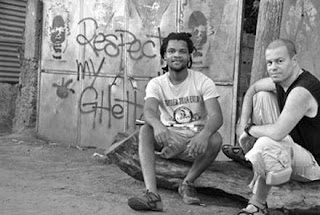 instrumentalist. Purely acoustic sounds on trombone and conch shell, from filigree breathings to abstract noise as performed by Austrian Werner Puntigam are augmented by Matchume Zango’s live and digital loops of timbala, mbira, vocals and samples.

Puntigam and Zango have been collaborating for years in Puntigam’s Mo’ Some Big Noise project or in Zango’s Timbala Muzimba band as well as having been involved in contemporary dance. Their “contemporary Afro-European soundscapes for listeners” focuses on achieving equality from their individual musical roots and cultural backgrounds. Their CD Maputo is dedicated to the people of Mozambique’s capital, and Puntigam’s visual projections of the cityscape add context to the music.

The opening set will feature Evelyn Mukwedeya and Memory Makuri. Mukwedeya is a Zimbabwean mbira player who is also a classically trained musician in piano and clarinet. Memory Makuri is a Zimbabwean hosho player, singer and dancer. They have performed with the likes of Thomas Mapfumo, Stella Chiweshe and many local Zimbabwean groups. Expect a rousing collaboration between headliners and openers to finish the evening!