High on a mountain over a sea of clouds, singer-songwriter Aimee Wilson heard a song.

“I lived alone on the east brow of Lookout Mountain and had a lot of time to write,” Wilson recalls, looking back over the genesis of Unto Us the Sun (release: August 28, 2012). “I didn’t quite know 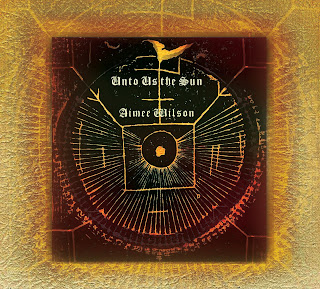 what I was writing at the time. I was literally parallel to the clouds, and it was all fairly subliminal, carrying both the darkness and that burst of praise you find in nature.”

Composing on both sitar and guitar, and inspired by the Sacred Harp tradition, Wilson’s music bursts with fresh sounds and vivid engagement with one of America’s oldest musical traditions and with a deeply felt spirituality. She has cut her own path through the wilderness, through the rocky corridors of Philly women’s safe havens (audible in songs like “Royalene”) or the woods and streams of the rural South.

Joined by instruments from the Chinese erhu fiddle to the hurdy gurdy, along with a full Sacred Harp-style vocal ensemble, Wilson’s lush debut album ebbs and flows, united by her delicate yet urgent voice and straightforward, poetic lyrical visions. In complex, globally inflected songs, she chronicles nature’s vivid outbursts, our shared struggles for hope and connection, and the paradoxes that birth real joy.

“My music is a dialogue with God, as I understand him. It’s a way of getting to something more than myself,” Wilson muses. “It’s this instinctual reaching and listening that’s happening through me.” 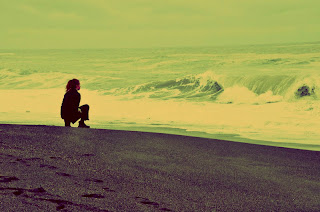 Wilson’s prayerful yearnings grow from deep roots, including the Sacred Harp tradition still practiced by singing groups across the U.S., a practice that uses specific notation and a striking approach to harmony and vocal production. Wilson not only included a haunting tune from this repertoire (“Detroit”), but also had a Sacred Harp expert and teacher, Aldo Ceresa, write new parts for several songs on Unto Us the Sun.

“Some shape note tunes date from around the age of Mozart,” Wilson explains. “It’s some of the oldest American music there is, a hidden jewel. And there is so much power in the tunes. I’ve seen them draw in complete strangers off the street who’ve happened by a shape-note sing.”

This stunning power, which runs beautifully through tracks like “Crux” and “Suri,” contrasts with Wilson’s flickering, compelling voice and intense arrangements. And like many tunes in the Sacred Harp, Wilson’s songs know no irony, but remain utterly committed, shifting boldly from grounded introspection to otherworldly, soaring possibility. 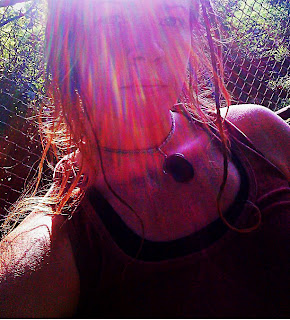 To create them, Wilson drew on her years studying literature and diving into life, working with at-risk women at a safe haven in Philly. “I started realizing what I was learning from the women I got to know there,” Wilson remembers. “I had just gone through a loss myself before I started working at this shelter. There was something healing about being around others who couldn’t hide their heartbreak, who could have that honest and courageous conversation. I’d hear something in my head as I was going about my day. When I had a chance, I’d grab the instrument and work it out.”

Sometimes, the instrument she picked up was her guitar, but often it was the sitar, an instrument Wilson discovered as part of her fascination with Hindu bhajans (Indian devotional songs). It just happened to fit her vocal range perfectly, and proved particularly inspiring as songs came to her. “I ended up composing on the sitar more, because my strongest vocal key is C# major, the standard sitar tuning,” she explains. “You can get lost in one or two chords, and it just felt more in line with how my voice moves. There are limits with the guitar, but the sitar takes me a bit further.”

“I never really know what I’m writing when I begin,” Wilson reflects. “It’s as if an inner voice is trying to work itself out in song. At its core, my music is celebrating life and delving for a deeper humanness.”