Alan Thicke to Star in Queen for a Day: The Musical - Sept 26 to Oct 7 in Toronto

ALAN THICKE to Star as icon Jack Bailey in Queen for a Day: the Musical
12 Performances - September 26 to Octber 7, 2012
at the Richmond Hill Centre for the Performing Arts

Toronto, ON - April 30th Entertainment is thrilled to announce that seven-time Emmy nominee and “America’s Dad” (Growing Pain’s) Alan Thicke will be starring as iconic TV personality Jack Bailey in the world premiere of Queen for a Day: the Musical. The 12-performance run begins September 26, 2012 at the brand new state-of-the-art Richmond Hill Centre for the Performing Arts. Thicke is scheduled to perform 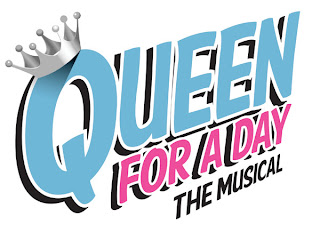 Inspired by the first-ever reality show and number one daytime hit – Queen for a Day – which originated in 1945 and aired on radio and television for 20 years, the Broadway style musical comedy will take audiences back to the fun and glamour of Hollywood in the 1950s. Featuring an all-Canadian cast and creative team, with music and lyrics by Linda Barnett and Book by Chris Earle, Shari Hollett, Paul O’Sullivan with additional dialogue by Timothy French and directed by French, Queen for a Day is packed with sensational songs and lots of laughs.

“I am thrilled to be joining such an amazing all-Canadian cast and creative team for the world premiere of Queen for a Day,” said Thicke. “The original series was a smash success during its run and I am looking forward to creating the character Jack Bailey, a man who enriched the lives of so many women throughout the years.”

Producer Jeffrey Latimer said “the women of the 50’s and 60’s loved Jack Bailey and I know that audiences this September will fall in love with Alan Thicke.”  Thicke’s musical theatre credits include; Chicago (Broadway debut), and Promises, Promises, in which he received rave reviews opposite Jason Alexander (Hollywood Bowl) as well as Mame (Hollywood Bowl).

Producers Jeffrey Latimer and Natalie Bartello are excited to showcase the production which has been in development for several years, “With a cast of 22 and a live orchestra, this show has all of the elements for a fantastic night out!” says Bartello. “Queen for a Day is a musical comedy for everyone, it will make you 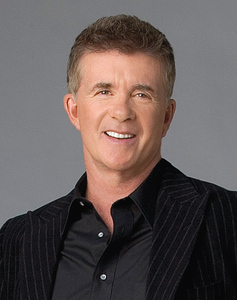 dream, make you dance, and make you feel like you’re on top of the world.” says Latimer.

Queen for a Day takes place in the Hollywood of 1953, where fortunes can change in a heartbeat. The outgoing and independent Claribel Anderson (Blythe Wilson; Mary Poppins, Oklahoma, The Sound of Music) and her fellow waitress Lana (Marisa McIntyre; Mama Mia!) find themselves at the glitzy Moulin Rouge Theatre, where “Queen for a Day” airs live daily. Claribel’s 15 minutes of fame send her down a funny and touching road, forcing her to re-evaluate her dream of being the perfect ’50s housewife.

Reliving her glory days, Old Claribel (Stratford Festival veteran Denise Fergusson) reflects on her encounters with people from her past. She amuses Felicia (Camille Eanga-Selenge) with tales of Birdie (Lisa Horner; Wonderful Town), a scheming waitress at Scully’s Diner; Esther (Angela Teek; Rock of Ages), a contestant who hopes to win leg braces for her son with polio; her attractive and immature husband Ned (Jay Davis; Jesus Christ Superstar, Miss Saigon); up and coming “Queen for a Day” producer Dwight (Cory O’Brien; Mary Poppins, Cabaret); and her chauvinistic boss Scully (Sheldon Bergstrom; The Sound of Music, The Producers, Guys and Dolls).

About April 30th Entertainment
April 30th Entertainment is comprised of a group of well-seasoned theatre practitioners who believe there is a great need to develop and produce high quality family entertainment. The company collaborates with the best in the business for the development and advancement of innovative product for the commercial stage.