TORONTO - Like the poems of Leonard Cohen, the novels of Margaret Atwood, and the ballads of Gordon Lightfoot, the paintings of Tom Thomson have shaped our country’s view of itself.

West Wind: The Vision of Tom Thomson, the award-winning feature length documentary, and its innovative on-line companion, www.TomThomsonArt.ca, shines a spotlight on one of Canada ’s most beloved artists.

The Film
After a year of sold out screenings in theatres, galleries and film festivals across Canada, with invitations to venues in the U.S., England, Norway and The Netherlands, Peter Raymont and Michèle Hozer’s definitive West Wind: The Vision of Tom Thomson has its world broadcast premiere on BRAVO, Thanksgiving weekend, Sunday, October 7, 2012 at 10pm (ET) – an apt time of year for fans of the artist described as Canada’s “greatest colourist” and “our Van Gogh”. 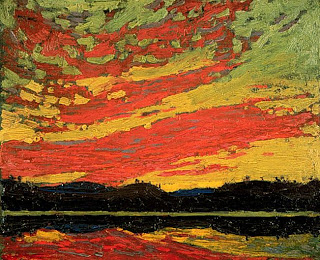 Based, in part, on Roy MacGregor’s best-selling book “Northern Light: Tom Thomson and the Woman Who Loved Him”, West Wind explores Thomson’s life and mysterious death, reveals his paintings in stunning detail, includes long lost audio recordings of those who knew Thomson, the authentication of his earliest known oil painting, and offers insights from Canada’s foremost curators and collectors.  Actors Gordon Pinsent, Eric Peterson and Susan Coyne bring the voices of Thomson’s colleagues to life. John Welsman’s evocative music score reminds us of Thomson’s extraordinary gift to all Canadians. (Painting - left - Sunset, 1915 - at the National Gallery of Canada)

Raised on the shores of Georgian Bay, Thomson led his Toronto colleagues, future members of the Group of Seven, to the north and Algonquin Park in 1914, where together they experimented in painting rivers, lakes, trees and skies in a bold new way, with raw and vibrant colours.

On July 8, 1917, just when he was reaching ascendancy in his craft, Thomson paddled across Canoe Lake and disappeared. His body surfaced 8 days later.  The cause of his death remains a mystery. As is the mystery of his final resting place… until new research reveals in West Wind.

West Wind Interactive – www.TomThomsonArt.ca
Prior to the October 7 broadcast, viewers can wet their appetites beginning September 24, by logging onto www.TomThomsonArt.ca where intriguing details of Tom Thomson’s life and work can be discovered.  This comprehensive interactive site is a visual array of photographs, letters, documents, maps – and – paintings!

Follow Thomson’s biographical trail. His childhood home in Leith, Ontario, his years in the gold-rush frontier 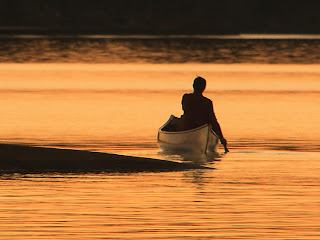 town of Seattle, Toronto, the place of his artistic coming of age with those who became known as the Group of Seven, to Georgian Bay and Algonquin Park, the northern wilderness that inspired him to paint.

Those who continue to wonder about the mysterious death of Tom Thomson can read eyewitness accounts, the coroner’s report and other documents to draw their own conclusions. And vote on what they think happened that fateful day in July 1917.

The highlight of www.TomThomsonArt.ca is of course the paintings!  Thanks to the support and generosity of the Art Gallery of Ontario, The National Gallery of Canada, The McMichael Canadian Art Collection and the Tom Thomson Gallery, Canadians will see 182 of Tom Thomson’s sketches and paintings together for the first time in www.TomThomson.ca's spectacular online collection. 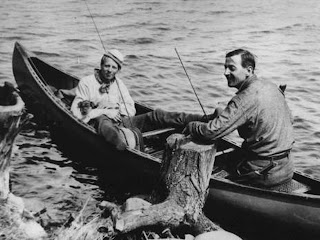 Curators of The Art Gallery of Ontario, The National Gallery of Canada, The McMichael Canadian Art Collection and The Tom Thomson Gallery take visitors on a personal tour through their collections.

There are very few photographs of Tom Thomson, so it is extraordinarily exciting that 2 new photographs have been discovered in a private collection. And even more exciting that the family has generously given permission for these photos to be shared for the first time on www.TomThomsonArt.ca. (Arthur Lismer & Tom Thomson at Algonquin Park, 1914)

www.TomThomsonArt.ca is more than a companion piece to the feature film, it is a stand alone treasure trove for educators, students, curators and historians to fans of Thomson and art lovers everywhere.

West Wind Interactive – www.TomThomsonArt.ca is produced by White Pine Pictures, with the participation of the Bell Broadcast and New Media Fund, Bell Media, and the Art Gallery of Ontario.

West Wind: The Vision of Tom Thomson is produced by White Pine Pictures in association with BRAVO, Knowledge Network Corporation, TV Ontario, Saskatchewan Communications Network, with the participation of the Canada Media Fund and the Rogers Documentary and Cable Network Funds.