Slowly, secretly, figures emerged from underground, from under water: the self-blinded saint, the woman warrior, the stranger named Persuasion. Speaking in half a dozen languages, uniting dozens of instruments and countries, layering moment on moment over the course of years, the images arose and broke into tracks, words, melodies. 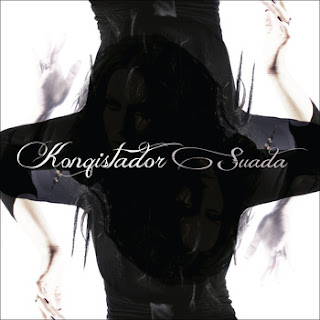 They came to Konqistador, an electronically boosted, globally enriched collaboration, as music bathed in biting distortion and trembling on the delicate edge of gut strings. The project, spearheaded by the Canadian duo of Elizabeth Graham and Reginald Tiessen, can grab the hardest, grittiest industrial beats by the horns or turn around and seduce with the gentlest of gestures. Emotional and sonically complex, Suada (release: September 18, 2012) links everything from long-lost Kenneth Anger soundtracks to Afghan poetry, from Lebanese holy women to Turkish street musicians.

A chronicle of a global journey from Australia to the U.S.-Canadian border, from the Bosphorus to the Balkans, the album’s blinding light and deep shadows suggest epic vistas and intimate breaths, searing strength and profound sorrow.

“We were between Istanbul and Detroit and had just left Melbourne,” explains Graham, describing the project’s global wanderings. “I was feeling lost, thinking this album was never going to see the light of day. Then, I realized all the women I met on our travels were digging for some sort of hope, incessantly digging for a treasure in a mound of dirt. All while everyone around her is saying, ‘You can’t, you won’t, you never will.’ But you have to listen to yourself. You have to stick to your guns.”

One day, Tiessen walked out of a Detroit thrift store with an old Hammond organ and took a razor to its flimsy paper speakers. The resultant eerie rumble would eventually resound in shadowy Bucharest studios, through midnights in Melbourne, in massive cellars below Istanbul.

“It was a crappy organ with fluttering, slashed, dirty speakers,” Tiessen recalls, “but it had this new, distressed sound, the beginning of bridging electronica with a grittier, more organic rock drive, something we had been wanting do to for a while.”

From the slashed organ sprang Konqistador, with several hard-hitting albums. Life took the Graham and Tiessen to Australia, where they pursued both their blues and rock lives and tried to develop Konqistador in 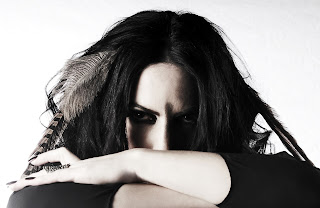 new ways. Though they gathered an ever growing following Down Under and across Eastern Europe, the duo restlessly explored new approaches, alternatives to the balls-out intensity of their earlier work.

Random encounters began suggesting new roads. A late-night DJ with a shift at the Melbourne radio station where the band practiced handed them a copy of Lucifer Rising, the blistering yet ethereal soundtrack for the Kenneth Anger film of the same name. Its dark yet sparkling sonic imprint made its mark on Konqistador’s evolving sound.

At roughly the same time, Graham became friends with an Albanian woman with the curious name of Suada, literally “persuasion.”

“I started thinking about the centuries-old idea that women have a special persuasive power,” reflects Graham. “Not in a malicious way, but that women can use their influence for good, especially through music and dance. That was the underlying theme, to get at Suada, to find that whole emotive side in what had been very masculine music.” Stories of striking, defiant women resonated, becoming intense, building tracks. “Rafqa” tells the tale of a Lebanese saint who expressed her faith by removing her eyesight, an ultimate sacrifice to her vision of God.

But the biggest leap forward came with yet another international move. Intrigued by the musicians and people they encountered on tour, the Rays took the ultimate plunge: “We found ourselves living in Istanbul. We didn’t want to start playing around samples, with drum loops,” Tiessen recounts. “We moved there because we decided if we were going to dabble in world music, we’re going to do so at the highest level. We set ourselves up there for two years, after touring in Turkey extensively for more than seven years. We immersed ourselves in the culture.”

The intertwining sounds and journeys resound on tracks like “Brancovan,” born on three continents. “It started with a rock riff in Detroit, then Hugh Crosthwaite, an Australian composer and expert on baroque music, orchestrated it, help build the soundscape. It had to make its way east and north again, into a dungeon-like studio in an Istanbul neighborhood near where a lot of the street musicians perform every day. 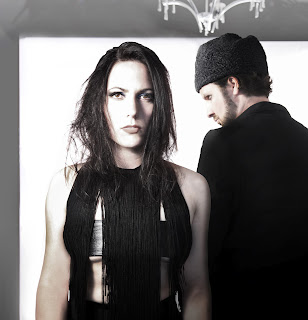 They have dark pasts, some rough habits. That’s where it found its darkness, in this 4,000-square foot basement below the city.” There, the rippling sounds of a street musician’s kanun crossed the brass blasts of an experimental jazz trumpeter, playing full force in that great resonant space.

The community that Konqistador slowly eased into in Istanbul, with its emphasis on exchanging experience and mutual respect, proved the perfect infusion of energy for the project’s long-languishing songs and slow-burning disillusionment. After returning to Canada, Konqistador’s core members continued to reach out to musicians they met in subways, in housing projects for recent refugees.

Gifted young musicians like Cihat Ozturk, a musical prodigy and youthful baglama (traditional long-neck lute) player, whom Konqistador supported in his petition for asylum, helping the musician record a song he later performed at his immigration hearing. This kind of collaboration became a natural, if unexpected, moment in Konqistador’s evolution. “Without knowing it, we went about making this album as diverse as possible to pay respect to all the people we had such meaningful encounters with,” Tiessen muses. “In more cognizant way, we want to build on this, creating a live performance which will include these young, often female musicians,” newcomers to North American who have often gone unsung.

“These musicians are invisible here, even if they are somebodies in their own country,” Graham continues. “We want to find a way to incorporate these émigré musicians into the project, and into the broader musical conversation here.”