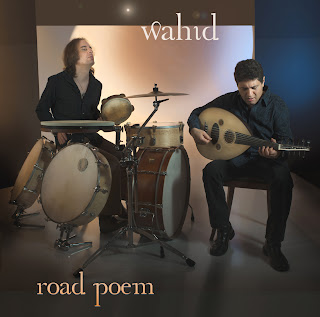 The oud (Middle Eastern lute) and its frequent companion—delicate, tuneful percussion—can simultaneously evoke subtle moments and intense drama: the reflections of a conqueror, the joy of an eloping bride, the faded beauty of an island village.

The California-based instrumental duo Wahid has taken full measure of this subtlety, thanks to a keen sense of their ancient instruments’ sonic possibilities.

Wahid unites two seasoned jazz, rock, and world musicians—Dimitris Mahlis (oud) and Chris Wabich (frame drums, percussion)—who have performed and recorded with a veritable who’s who of the Los Angeles music scene. After crossing paths many times, the two sonic explorers found new ways to make their instruments speak. Together, they draw on deep layers of delicate expertise laid down over centuries. 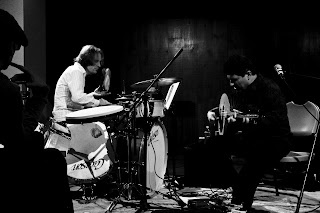 have a lot of nuance. You have to have enough space, enough stillness to really get at that.”

Wahid takes this poetic nuance on the road, performing in late September and early October on the West Coast, including the Bay Area and Napa, CA.