Chilean indie band ASTRO gets their U.S. release with their self-titled debut album, out now on iTunes via Nacional Records.

A streaming preview of the album debuted Monday on NPR Music.  The Chilean indie sensations' song “Panda” will appear in the 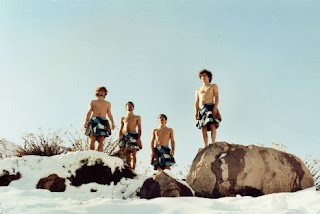 Astro has earned comparisons to MGMT and Crystal Castles, while the band cites Deerhunter and Yeasayer as influences.  Based in Santiago and founded in 2008, ASTRO is composed of members Octavio Cavieres, Nicolás Arancibia, Daniel Varas and Andrés Nusser.

“Designers of one of the most universally beloved indie hits to come out of South America in years (“Maestro Distorsión”), Astro is also the protagonist of one of the most divisive young careers in our Iberoamerican pop landscape.” CLUB FONOGRAMA