Toronto, ON - Ron Struys, President of the Factory Board of Directors, and Managing Director Sara

Meurling announced today that Factory Theatre Associate Artists Nina Lee Aquino and Nigel Shawn Williams will be taking on the role of Interim Artistic Team to take the lead on programming and artistic operations at the company.

“Nina and Nigel have been Associate Artists of the Factory Theatre for a number of years and they have a deep understanding of the organization’s mandate and mission,” Struys says, “The 2012-13 season needs new shows to replace the originally-scheduled productions and it makes perfect sense to appoint two eminently-qualified and award-winning theatre artists who already make their home here to take on interim artistic leadership.”

"We are very proud to have the opportunity to help carry out Factory Theatre's longstanding mandate,” say Aquino and Williams, “We are committed to the creation of new Canadian work, and nurturing Canadian artists. As long-time Artistic Associates at Factory, our professional careers have been shaped by our personal love for the company, and it is this devotion to Factory that gives us the resolve during this interim period to ensure that it thrives.” Meurling adds: “The core business of 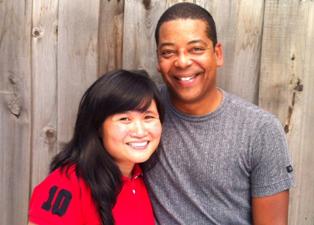 Factory is the development and production of Canadian plays, and we are excited to return to that focus with the leadership of the Interim Artistic Team.”

Nigel Shawn Williams is an award-winning actor and director and has received four Dora Mavor Moore Awards. His theatre credits include four seasons each at the Stratford and Shaw Festivals. He has created roles for the world premieres of Belle, Harlem Duet, Veriete, Two Words for Snow and the Canadian premieres of Topdog/Underdog, Stuff Happens, Angels in America, The Odyssey, and Six Degrees of Separation. His theatre career includes credits of over 20 years as an artist.  As a director, his productions have garnered critical and artistic success in Montreal, Calgary and Toronto, including the award-winning Brothel #9 and Tomasso’s Party at Factory Theatre. During the 2012-13 theatre season, he will be directing Intimate Apparel at the Alberta Theatre Projects, and the world premiere of Every Letter Counts by Nina Lee Aquino at Factory Theatre. Nigel is also heavily active in new play development and has helped develop over 40 new plays either working as an actor, director or a 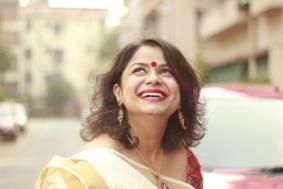 dramaturge.  He is also an ed ucator, having taught courses at both York University and the University of Windsor.

Daniel will be focusing on his new project, Who Killed Spalding Gray? (working title), working with company dramaturge Iris Turcott and later with director/collaborator Daniel Brooks in preparation for 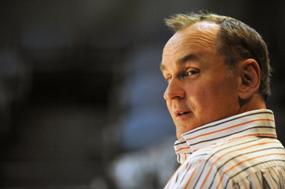 a public workshop as part of Factory Wired 2013 – Factory’s annual festival of new work in progress.

Anusree will be working with Iris Turcott on Little Pretty and the Exceptional, a project she began last year as a member of Natural Resources, Factory’s resident play creation group.  This project will also be part of Factory Wired 2013.

Ron Struys also said that the Board continues to pursue mediation with Ken Gass and a meeting is scheduled. “Today's announcement is an interim measure specifically designed to help Factory Theatre plan a season for its patrons, and we are very grateful to Nina and Nigel for their support.”
canadian playwright canadian theatre factory theatre toronto theatre scene