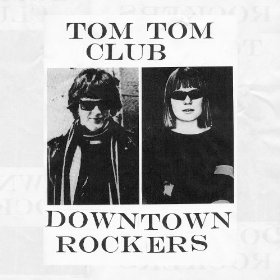 • Listen to it here

The Tom Tom Club was created by Chris Frantz and Tina Weymouth in 1981. Graduates from the Rhode Island School of Design in 1974, they moved to New York City where they founded Talking Heads as a trio with David Byrne in 1975. Chris played drums, Tina played bass and David sang and played guitar. It was in early 1981, after five years of touring internationally and four studio albums they wrote and recorded with Talking Heads that Chris and Tina were encouraged by Jerry and David, who had each left the group to make solo albums, to do likewise. So they signed with Island Records, then owned by industry 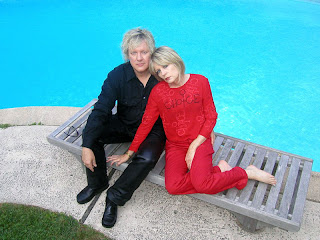 legend Chris Blackwell, one of the first people to fully appreciate the value of a great rhythm section in and of itself.

Known for timeless hits such as "Genius Of Love" and "Wordy Rappinghood", Tom Tom Club was formed by Chris Frantz and Tina Weymouth, two of the three founding members of Talking Heads. “Genius of Love” has been sampled countless times, most notably by Mariah Carey , who hit #1 with her version “Fantasy,” but also Grandmaster Flash, Tupac Shakur,  T.I. and the Black Eyed Peas. In 2002, Frantz and Weymouth were inducted at the Rock and Roll Hall of Fame.
electro funk Nacional Records new release on vinyl talking heads tom tom club