Toronto, ON – Jian Ghomeshi, host and co-creator of CBC’s national daily arts and culture program Q, releases his debut literary memoir 1982 on Tuesday, September 18. At turns, both hilarious and poignant, the book chronicles a 14-year-old Ghomeshi’s desire to be David Bowie, much to the 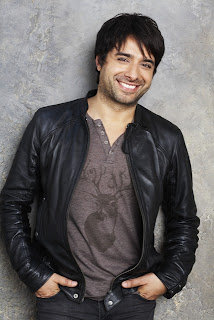 confusion and alarm of his Iranian parents. Intent on becoming a New Waver to capture the heart of his ideal (older) woman, Wendy, Ghomeshi’s coming of age story also serves as a cultural and musical history of the early eighties.

“[1982 is] a testament to the molten nature of teenage identity that's smart, funny and engaging from start to finish,” said Douglas Coupland, best-selling Canadian author (Generation X: Tales of An Accelrated Culture).

Recently selected by The Globe and Mail as one of the fall’s 15 must-read non-fiction titles, Ghomeshi explores young love, heartache, conformity and the nature of cool, within a loose chronological narrative that is both wryly funny and moving. Set in Thornhill, Ontario, to the soundtrack of 1980s glam rock, the book also serves as a cultural history of Canadian suburbia and the challenges of fitting in as a young Persian-Canadian.

“If you’re interested in learning about the desperate attempts of a suburban brown-ish boy with a large nose to emulate his white New Wave hero with limited results you’ve come to the right place!,” said Ghomeshi with a smile. “The teenage version of me was slightly more neurotic and featured more purple eyeliner. But at least the soundtrack was convincing.” 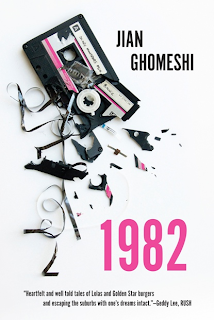 Since its inception in 2007, Q has garnered the largest audience of any cultural affairs program in Canada and has become the highest-rated show in its morning time slot in CBC history. Q is now broadcast on more than 120 stations across the United States, on PRI.

In June 2012 Jian was awarded the prestigious New York Festivals' international radio broadcasting gold medal for “Best Host.” He was previously awarded the gold medal for “Talk Show Interview” of the year for his feature length world-exclusive with Leonard Cohen, in 2010. NOW Magazine named Jian “Best Media Personality” in TV or radio, in the fall of 2009.

1982 will be available for sale at book retailers across Canada starting Tuesday, September 18 and will retail for $30 (CAD).