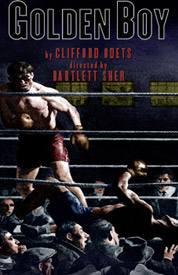 at the Claire Tow Theater 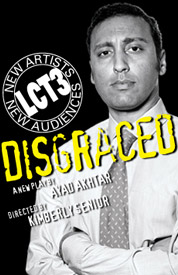 DISGRACED is the story of Amir Kapoor (Aasif Mandvi), a successful Pakistani-American lawyer who is rapidly moving up the corporate ladder while distancing himself from his cultural roots. When Amir and his wife Emily (Heidi Armbruster), a white artist influenced by Islamic imagery, host a dinner party, what starts out as a friendly conversation escalates into something far more damaging.

VANYA AND SONIA AND MASHA AND SPIKE is produced by Lincoln Center Theater in association with the McCarter Theater, where it was commissioned and where it will run from September 7 through October 7, prior to beginning performances in New York.

In VANYA AND SONIA AND MASHA AND SPIKE playwright Christopher Durang takes characters and themes from Chekhov, mixes them up and pour them into a blender; and the result is his latest play 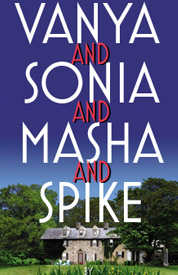 set in present day Bucks County, Pennsylvania.  Vanya and his stepsister Sonia have lived their entire lives in their family’s farmhouse.  While they stayed home to take care of their ailing parents, their sister Masha has been gallivanting around the world as a successful actress and movie star, leaving Vanya and Sonia to feel trapped and regretful.  Their soothsayer/cleaning woman Cassandra keeps warning them about terrible things in the future, which include a sudden visit from Masha  and her twenty-something boy toy Spike. The cast includes David Hyde Pierce and Sigourney Weaver.

Clifford Odets’ GOLDEN BOY, is the story of Joe Bonaparte, a young, gifted violinist who is torn between pursuing a career in music and earning big money as a prize fighter. This will be a rare Broadway production for the Odets’ classic which originally premiered on Broadway in 1937 at the Belasco Theatre and has only been revived once.

Clifford Odets (1906 – 1963) dropped out of high school at the age of 17 to become an actor.  As one of the original members of the New York City-based left-wing ensemble, the Group Theatre, Odets found his true calling as a playwright who explored the pressing social issues of the day. He also wrote many screenplays including the film adaptation of the novel Sweet Smell of Success.
broadway lct3 lincoln center theater off broadway theater in new york city