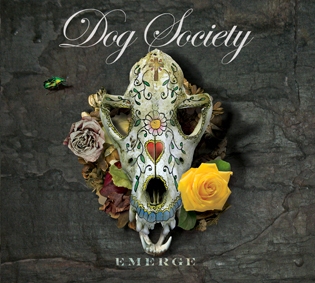 2012. Emerge is the anticipated follow up to Dog Society's heralded major label debut release Test Your Own Eyes via EastWest / Atlantic Records (1993).  If good things come to those who wait; imagine what can happen after a patient decade and then amplify that with electrifying guitar riffs, soul stirring vocals and passionate lyrics destined to pull at every single one of your heart strings. However, Dog Society's latest album release is anything BUT a comeback story.

Dog Society released their acclaimed debut album Test Your Own Eyes in 1993 via EastWest / Atlantic Records. In support of this debut release, the band toured the nation opening for major acts such as Sheryl Crow, Stone Temple Pilots, and The Mighty Mighty Bosstones which earned them a loyal fan following of their own. It is this very dedicated and wholehearted legion of fans that has been the pulse of Dog Society's well versed music career and has continuously propelled their pursuits, both on stage and in the recording studio, over the past decade.

Not only has Dog Society remained ever present on the NYC rock circuit, they have also stayed at the forefront of the wildly capricious rock movement with their consistently innovative fusions of contemporary and classic rock influences. Influenced by classic pop-rock artists such as The Who, and The Beatles, the 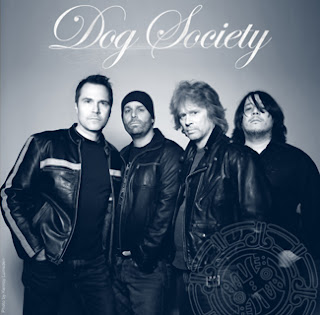 songs are tightly constructed, big on melody with clean polished production. The band show their natural love of the best radio-friendly songs of the 70â€™s, updating this genre and giving fans of this popular realm some great new songs to love. Fans of Semisonic, Local H, Everclear, Collective Soul, and Our Lady Peace will all gravitate towards the gritty yet hook-laden sounds on Dog Society's newest album Emerge, which still manages to emulate a refreshing pop-rock undertone.

Dog Society's first single off of their new album is titled The Fuse Before and is an undulating introduction to the band's fresh and infectious sound.

• Emerge is Dog Society's first independent release and will be available digitally on September 25, 2012.