TORONTO - This September, to start the season on a truly celebratory note, The Royal Conservatory is thrilled to be commemorating what would have been the 80th birthday of its most illustrious alumnus, Glenn Gould, with two unique concerts. 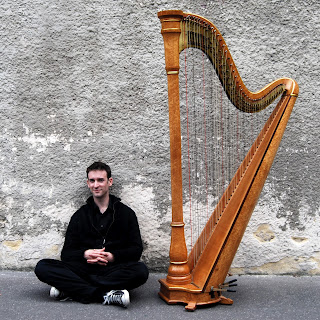 The following evening, September 24, marks the opening night of the Koerner Hall season, with “Glenn Gould’s Birthday BACHanalia.” This special concert, presented in association with The Glenn Gould Foundation and Small World Music, will follow Gould’s tradition of innovation and improvisation with another all-Bach program, featuring some of the most intrepid artists on the music scene. Harpist Sylvain Blassel plays excerpts from Goldberg Variations, harmonica virtuoso Howard Levy performs the E Minor Flute Sonata, violinist Mark O’Connor offers up Bach-inspired fiddle improvisations, and Oscar Peterson’s Salute to Bach is played by a jazz trio featuring Oscar’s long-time bass partner Dave Young. Also on the program is a capella jazz by Retrocity, a South Asian jam session featuring Autorickshaw Trio and Trichy Sankaran, and some of The Conservatory’s most talented current students. For dessert, an unforgettable treat that Gould would have loved ... hear Gould himself play ‘live’ at the end of this special evening. Gould memorabilia will be on public display and a new Gould-inspired music composition app, Piano Invention, will make its public debut.

The two concerts are being presented in association with DREAMERS RENEGADES VISIONARIES: The Glenn Gould Variations, an affordable festival of musicians, directors, artists, philosophers, dancers, writers, and scientists, which runs on September 22 and 23 at Convocation Hall, University of Toronto.

Following the Glenn Gould extravaganza, The Conservatory once again participates in Scotiabank Nuit Blanche on September 29. Starting at 7pm on the Koerner Hall stage, Sylvain Blassel plays the complete Goldberg Variations by Bach on harp, followed by students from The Glenn Gould School showing off their musical skills. From 11 pm to 1 am, high energy klezmer meets Balkan brass at the hands of Toronto’s audacious Lemon Bucket Orkestra. The 14-piece band plays two sets, plus a folk dance lesson where audience members can expect to be invited to dance on stage! Small Wooden Shoe, a theatre company 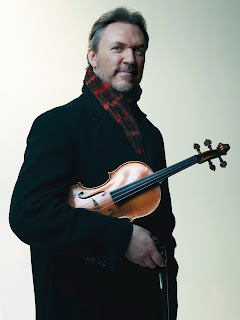 based in Toronto, “Reads Difficult Plays and Sings Simple Songs” between 1:30am and 4:00am – the performance features various readings of Gertrude Stein and songs that the audience can sing along to. Finally, a Yamaha Disklavier plays muisc in Koerner Hall for the remainder of the early morning hours. During all of these events, visual artists, led by John Coburn and Travis Shilling, will make live art of the proceedings on stage. The artists will be on stage and their real time work will be projected on a screen. In addition, art students from select Toronto schools will be encouraged to make their own drawings inspired by the music that they will hear in the atrium and lobbies of The Conservatory that night.

Tickets are available online at www.rcmusic.ca, by calling 416.408.0208, or in person at the Weston Family Box Office
Create your own package: select any 4-6 concerts and save 10%; select any 7+ concerts and save 15%
A limited number of $10 BMO Rush Tickets are available starting 90 minutes before all performances presented by The Royal Conservatory.
All concerts take place at The Royal Conservatory
TELUS Centre for Performance and Learning, 273 Bloor Street West, Toronto