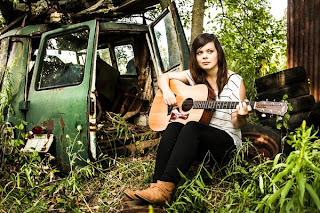 The TIMA nomination for 16 year-old Ivy James comes on the heels of numerous summer performances in support of her self-titled debut EP, but just days before she is set to hit the stage at the KOI Music Festival in Kitchener, Ontario.  Ivy will be among the 100+ local and major artists performing at 10 venues on Saturday, September 15, 2012, following a free outdoor concert to kick off the weekend on Friday evening.  Other artists featured at KOI this year include successful touring acts Silverstein, GOB, illScarlett and Abandon All Ships.  KOI is one of Ontario’s premiere independent music festivals and is expected to attract more than 5,000 attendees in 2012.

Earlier this year, Ivy headlined the 10th annual JuneFest in Toronto’s Mel Lastman Square for Deaf-Blind Awareness Month.  She was also a featured performer at Oakville’s YouthFest in June and plays regularly in Kensington Market and other venues in the Greater Toronto Area. 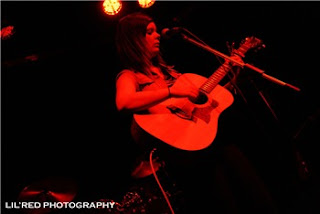 Known for her thought-provoking lyrics and strong, unique vocals, Ivy has been involved in the Oakville music scene for many years, including numerous shows in support of local charities. Vocalist, composer, recording artist and music coach Micah Barnes has said of her: "Ivy is one of those 'think for yourself' artists that comes along every once in a while and gets to play by their own rules. It's Ivy's world, we're just renting space in it."

Her debut self-titled album, including six original songs written by Ivy, was released in June 2012.  It is available on iTunes and through HMV Canada.