Toronto-based filmmaker Kazik Radwanski has been a TIFF favourite in previous years in the shorts program. Tower is his first feature length film, a character study of Derek (Derek Bogart), a 34-year 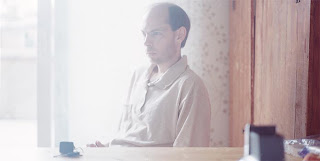 old chronic underachiever who lives in his parents' basement.

Derek works part-time for his uncle's construction outfit and leads a life of unrealized... anything. His days are filled with awkward encounters with strangers, co-workers and acquaintances, petty domestic tensions and antisocial eccentricities. His parents fuss over him in well meaning attempts to push him to make something of himself in the world.

The depths of his sense of disconnection - the part his parents are missing - is revealed in subtle details. The conversations are banal - everything seethes under the surface of both the character and 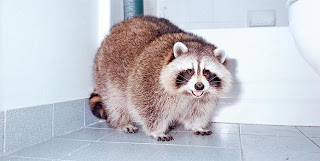 the story. Some days, he 'works on his animation' in his basement apartment and the only time he seems at all animated himself is when he's working on it.. or is it only when he's talking about working on it?

The camera stays close to Derek from his parents' leafy neighbourhood to the pulsing vibration of the nightclubs, neatly conveying his claustrophobic world. This is an actor's piece, and Derek Bogart 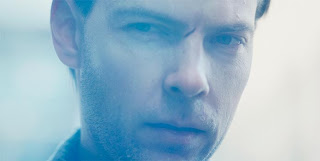 makes himself completely vulnerable to the close camera work in a way that mutely conveys Derek the character's lost heart and the makeshift knots he's put in place to hold it in tight.

The CN Tower and the unmistakeable profile of Toronto serve as the backdrop for his quiet study of the tensions of an unrealized life. The script verges towards the obvious at times but on the whole the films has a nicely understated sense of visual storytelling.