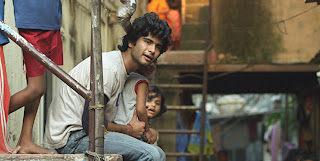 You'll get a taste of the flavour of modern Mumbai and new indie Indian cinema in this first time feature from Vasan Bala peopled with hip twenty somethings who smoke pot, hang out at the night clubs and speak English as much as they do Hindi.

The film sets up three stories; first is Ranjit (Gulshan Devaiah) the Narcotics Control officer works out obsessively and who's determined to maintain his image as a player with the ladies even though physical issues get in the way. His story intersects with that of Mac (Siddharth Menon), a small-time drug dealer. Orphaned and rejected by his uncle, he's on the street and a kind of odd job man for a local dealer. Lovely Bilkis (Kriti Malhotra) was a teacher but now, stricken with terminal cancer, she works for the dealer too, taking on various roles for the money they bring. 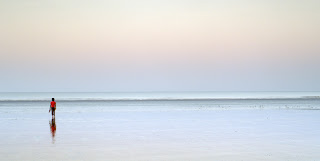 As the story winds tighter around the three and slowly draws them together, character is revealed in bits and pieces. At first, they're deceptively sympathetic. Each has a cross to bear, a tragedy that shapes and molds their destiny and motivations. As they reveal themselves, however, they become multi-dimensional. Vasan Bala's clever and suspenseful script unpeels them like an onion to show the dark impulses that lie inside. The film reveals much in the subtle details and mannerisms of the three, each on a downward spiral of their own dysfunction, complicated, sympathetic and reprehensible at the same time; both abusive and abused by fate.

The city of Mumbai is a kind of supporting presence in this film, appearing as a shady world of gritty streets and shady nightclubs. The city is a moving target here, a perpetual motion machine that 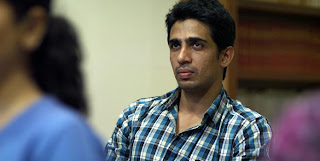 nonetheless has a lonely and impersonal feel. Even the soundtrack is kinetic - there's always music, voices, traffic, something that's coming in to remind you of its dense texture. It's the seamy underside of Mumbai that brings the three of them together, the labyrinthine and flourishing drug trade that draws each of them into its shadowy world.