Drums Are Burning: Afrofunk Politics and Party Grooves Fall into Place on Elikeh’s Between 2 Worlds
November 1 in Boston, November 2 in New York City, November 30 in Pittsburgh
Concert details below

“Let’s go under the tree; the drums are already beating. Hey! Wow! Look at how people are shaking their things already!” cries bandleader and songwriter Massama Dogo of Washington DC’s cross-cultural Afropop party, Elikeh. “In Togo, when people are drumming, people say the drummer is 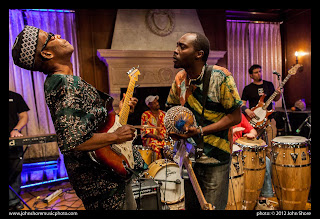 The eight-member group knows how to get the fire burning. They channel that energy into funkified pop anthems and thoughtful critiques of corruption, ignorance, and cultural neglect. Now on Between 2 Worlds (Azalea City Recordings; release: August 23, 2012), the group digs deep into the African vintage pop inspiration, the reggae vibes, and the current craze for African-inflected funk and blues on an album that easily straddles two continents. 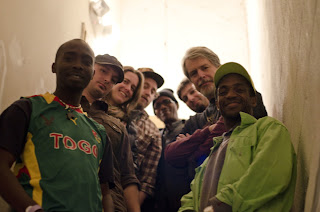 Worlds moves from Togolese roots and beats to purring organ and hot grooves, from immigrant alienation to exhortations to keep one’s culture and sense of self (“Know Who You Are”).

“I always describe Elikeh’s music as like taking Fela Kuti and mixing him with Bob Marley. Put in a pot and stir for three minutes and add some Osibisa and Togolese traditional music to it and let it all boil for two more minutes,” Dogo laughs. “Then you add a sprinkle of rock and you have Elikeh.” 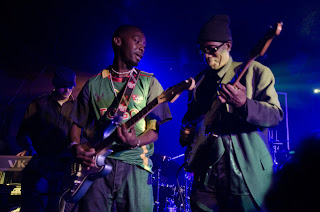